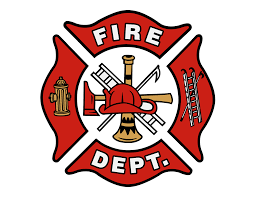 An elderly Duke Center woman was slightly injured in a one-vehicle mishap Saturday afternoon in Otto Township. Troopers report 77 year old Rebecca Curcio was going west on Route 346 when her GMC Terrain went off the road and traveled into a ditch.  Curcio was taken to Bradford Regional Medical Center for an evaluation.

sol on Route 6 in Wetmore Township Saturday night. Troopers claim Winsor was in possession of a controlled substance and related paraphernalia.

A Millerton, PA driver escaped serious injury Sunday afternoon in a weather-related accident on Main Street in Jackson Township. Authorities said Joel Traylor II  was headed south near Drapers Circle when his Toyota Solara slid out of control on the slush

covered highway, skidded off the road and hit a culvert. Traylor did not require treatment for minor injuries.

Slippery roads are also blamed for a one-vehicle crash last Tuesday morning in Farmington Township. Troopers report Ashlyn Merrill was going north when her Chevrolet Equinox slid off of icy Cummings Creek Road  and struck a culvert and embankment before coming to rest.

To help address the serious shortage of firefighters that threatens the safety of all Pennsylvanians, the Senate unanimously passed legislation sponsored by Sen. Michele Brooks (R-50) that would create a pilot program for community colleges and universities in the Pennsylvania State System of Higher Education (PASSHE) to give interested high school students training in firefighting. Senate Bill 114 would award three grants of $150,000 each, which would be distributed to three community colleges or PASSHE schools: one in the eastern, central and western parts of the state. The grants will be used to establish fire training programs for students in high school during the school year, with the hope they will remain firefighters for years to come. In the 1970s, Pennsylvania boasted 300,000 volunteer firefighters. Now, there are fewer than 37,000. Brooks originally introduced the bill as Senate Bill 83 last legislative session. It received unanimous Senate support but was never voted by the House of Representatives. Senate Bill 114 now moves to the House of Representatives for consideration.