If you’re missing Solomon’s Words while their website is down, keep in mind that we (Black Forest Broadcasting) have news coverage in some of the same areas. We’d be delighted if, in addition to listening live to our broadcasts, you would continue reading the details of our complete list of Posts and Archives found on our Home Page. Want just the Latest News page that updates each weekday? We have that too, plus a Calendar of events, and Obituaries! – discover what you’ve been missing! And since our website is available to anyone with Internet access, please tell family and friends living out of the area about Black Forest Broadcasting. They may want to know what’s going on “back home”!

The theft of another catalytic converter in Potter County is being investigated by state police. The part was stolen last Friday afternoon from a 1995 Chevrolet C/K 1500  owned by a 38 year old woman while it

was parked on the Honeoye Road in Sharon Township. We reported yesterday that a catalytic convertor was ripped out of a vehicle on Horse Run Road last Wednesday night. A white male, about 5’7” tall, weighing 240 pounds was observed leaving the scene of that crime on the night of October 12 in a black Ford Explorer with NY plates. Anyone with information is asked to call state police at 814.274.8690.

A Granville Summit, PA truck driver was hurt in a one-vehicle accident Monday afternoon in Liberty Township. According to Mansfield state police, 19 year old Carl Kingsley was making a right turn from Route 414 to the entrance ramp for Route 15 South when his 2007 Western Star slid off the road, rolled over onto the driver’s side, before coming to rest. Kingsley was extricated from the wreckage by volunteer firemen and was taken to UPMC Williamsport for treatment of unknown injuries. 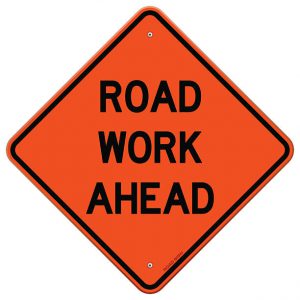 intersections with Route 249 and Route 4024 (Elkhorn Road) while the contractor, Jefferson Paving, replaces deteriorating pipes. A detour using Route 249, Route 287, and Elkhorn Road will be in place during daylight hours Work will continue on the project Wednesday. Motorists can expect alternating lane restrictions with flagging for the remainder of the project, which is expected to be completed in November 2022.

Motorists are also advised that a crack sealing project is taking place  along several state routes in Tioga County this week.

Work will be performed during daylight and overnight hours, weather permitting. Motorists can expect a moving operation with lane restrictions on four lane roadways or single lane conditions with flagging on two lane roadways. Kriger Construction, is the primary contractor for this $772,600 crack sealing project. Work on this project is expected to be completed by early December of 2022.

The Pennsylvania Department of Environmental Protection (DEP) announced Monday  after a meeting of the Commonwealth Drought Task Force that drought watch has been lifted for 16 counties and remains for 20 counties. Residents in those counties are asked to continue their voluntary water conservation. 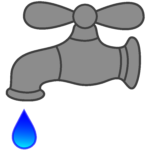 Residents on drought watch are asked to reduce their individual water use by 5% to 10%, or a reduction of three to six gallons of water per day.

There are many ways to conserve water at home, including:

Run water only when necessary. Don’t let the faucet run while brushing your teeth or shaving. Shorten the time you let the water run to warm up before showering.

Run the dishwasher and washing machine less often, and only with full loads.

Water your garden in the cooler evening or morning hours, and direct the water to the ground at the base of the plant, so you don’t waste water through evaporation.

Water your lawn only if necessary. Apply no more than 1 inch of water per week (use an empty can to determine how long it takes to water 1 inch). Avoid watering on windy and hot days. This pattern will encourage healthier, deeper grass roots. Over-watering is wasteful, encourages fungal growth and disease, and results in shallow, compacted root systems that are more susceptible to drought.

When mowing your lawn, set the blades to 2-3 inches high. Longer grass shades the soil, improving moisture retention. It also grows thicker and develops a deeper root system, so it can better survive drought.

Check for and repair household leaks. For example, a leaking toilet can waste up to 200 gallons of water daily.

Sweep your sidewalk, deck, or driveway instead of hosing it off.

Replace older appliances with high-efficiency, front-loading models that use about 30 percent less water and 40%- 50% less energy.

Set up a rain barrel to be ready to repurpose rain when it does fall. For information, see this Penn State Extension guide. Find more tips at the U.S. Environmental Protection Agency.

The DEP Drought Coordinator monitors the indicators in close partnership with the U.S. Geological Survey (USGS), which maintains gauges in streams and wells in many locations across Pennsylvania.

There are normal ranges for all four indicators. DEP makes drought status recommendations after assessing departures from these ranges for all indicators for periods of 3-12 months. For a map that’s updated daily to show the status of all four indicators for each county, see the USGS Pennsylvania drought condition monitoring website.  DEP shares these data and its recommendations with the state and federal agencies and other organizations that make up the Commonwealth Drought Task Force. Drought watch and warning declarations are determined by DEP, with the concurrence of the task force.

Drought emergency declarations follow the same process, with final approval by the governor. No county is in drought warning or emergency status at this time.

The next Commonwealth Drought Task Force meeting will be held in approximately three weeks.