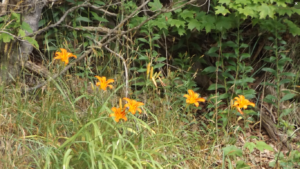 The region’s unemployment picture in most counties   improved between April and May  according to the state Department of Labor and Industry. Potter County held steady at 5.5%; McKean County realized an improvement from 5.4% to 4.8%; Elk went down 5.4% to 4.8%; Cameron had a decrease from 5.7% to 5.4% and Tioga’s unemployment rate dropped from 4.9  to 4.7%. Chester  County had the best rate at 2.8% which was down from 3.2% and Forest County  had the worst rate at 6.1%  but improved from 6.3%. Pennsylvania’s overall jobless rate for the period was 4.6% while the national figure was 3.6%.

Both people involved in a dispute  last Tuesday on Howard Drive in Eulalia Township have been charged with physical harassment. Troopers say when they investigated a 26 year old Ulysses woman and a 29 year old Coudersport man shoved each other during an argument just after 1:00 am.

A burglary on Ash Lane in Roulette Township last Wednesday was investigated by state police at Coudersport. Someone entered the home of a 28 year old Port Allegany man and left the water running in the house.

Troopers at Coudersport are continuing to investigate a hit and run taking place on the afternoon of June 10 in Hebron Township. The unknown vehicle was going north on the Tennessee Road and went off the road while trying to make a left curve. The vehicle struck  a utility pole, then continued north, went into a driveway at 433 Tennessee Road, accelerated head on into a porch, reversed back into the driveway and accelerated forward into a shed, then left the driveway continuing north on Tennessee Road, traveled about 10 yards and veered off the road and collided with a fence post. The vehicle then fled the scene northbound.

A tractor trailer fire in Jackson Township early Monday morning was investigated by state police at Mansfield. Troopers said Lorenzo Page of Plum, PA was traveling north on Route 15 near the Lycoming/Tioga County line when he noticed sparks coming from his trailer. He pulled the rig to the east shoulder and was able to disconnect the trailer before it burst into flames.  His passenger Lawrence Despot of Monroeville tried unsuccessfully to extinguish the flames with the onboard fire extinguisher. Neither man was hurt.

State police at Mansfield did not release details but report 64 year old Marcia Wilson of Roaring Branch the victim of theft by deception. A cyber crook cheated her out of two VISA prepaid gift cards, one for $100 and the other for $1,000 on June 10.

Serious injuries were reported for a MIddlebury Center motorcyclist after an accident Saturday morning in Middlebury Township. State police said Megan Carson was going east on Route 249 when her Kaawasaki  Ninja laid down on its right side for an unknown reason .Carson was flown by helicopter to Robert Packer Hospital in Sayre. Police reported she was wearing a helmet at the time.

A criminal mischief in Richmond Township is being investigated by state police at Mansfield. Vandals broke a passenger side glass door on a John Deere grader last Tuesday morning while it was parked at 1087 Lambs Creek Road. Police did not indicate ownership but say damage is estimated to be $1670. Anyone with information is asked to call state police at 570/662/2151.

A 12 year old Wellsboro youth is being charged with harassment for a domestic  violence assault Monday afternoon on Stony Fork Road in Delmar Township. No details were released except to report the victim is a 36 year old Wellsboro woman.