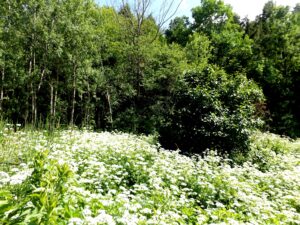 State police at Coudersport arrested 40 year old Laura Mills of Ulysses for assaulting an EMS volunteer last Thursday afternoon in the ER at  UPMC Cole. Troopers accuse Mills of becoming unruly and hitting the victim while being transported by ambulance to the hospital.

A 40 year old Ulysses woman, whose name is being withheld, has been remanded to Tioga County Jail for disorderly conduct. State police at Coudersport report the suspect created a disturbance on E. Center Street in Ulysses on the night of June 14. The victims are listed as two Ulysses  women ages 33 and 52.

A Canisteo, NY man was hurt in one-vehicle accident last Saturday afternoon in Harrison Township. State police explained Jimmie Houghtelling was going west on Graves Road when he fell asleep at the wheel of his Ford Escape just before 3:00 pm. The SUV went off the road, struck a ditch and an embankment before stopping.  Houghtelling was taken by ambulance to UPMC Cole for treatment of unknown injuries.

A criminal mischief occurring last month in Tioga County remains under investigation by state police at Mansfield. Vandals shot bullets into the front door and siding of Fay’s Paving garage on Mann Hill Road between May 13 and 19 causing $5,000 in damage.

Troopers at Mansfield are also probing a theft occurring during the early morning of May 23 in Middlebury Township. A black Tractor Supply tool box  for trucks was stolen from the front yard at the Alyssa Riley residence on Route 287. The tool box has a dent under the left handle and a  broken right handle. Anyone with information about either crime is asked to contact state police at 570.362.2151.

Members of the public are asked to help Mansfield state police locate a utility trailer stolen from near the Williamson Trail in Liberty Borough between May 16 and 18. The 2010 silver aluminum trailer is a single axle model with a 5-6 ft. gate and belongs to 78 year old Ben Zeafla of Williamsport.

A 24 year old Lawrenceville woman has been arrested for physical harassment in connection to an incident during the evening of June 14. Troopers did not release details but claim Shaina Brockway hit a victim several  times during an argument at 49 Mechanic Street in that town. 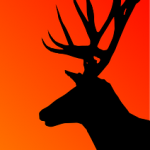 Offering white-tailed deer hunters more hunting opportunities across Pennsylvania, state forestlands and state parks are participating in the Pennsylvania Game Commission’s Deer Management Assistance Program (DMAP).DMAP allows landowners to apply for permits to encourage antlerless harvests on their property, enabling the Department of Conservation and Natural Resources (DCNR) and private landowners to more effectively manage white-tailed deer populations and curtail damage to forests and crops.DCNR is offering hunters 30,024 permits in 104 units totaling more than 1.3 million acres. DMAP tags are now on sale. Hunters obtain permits directly from license issuing agents or the Pennsylvania Game Commission website.Requests for DMAP-targeted areas, and the number of permits sought, are science-driven. DCNR has a statistically based vegetation sampling protocol, with more than 10,000 plots across state forestland, which assists in determining where DMAP should be applied.

DCNR’s goals for DMAP are to:

Establish and maintain regeneration to support sustainable forestry practices with minimal need for deer fencing; and

Twenty-six state parks also are participating in the program this year.

Applicants for DMAP permits can find DCNR tract locations and maps, availability numbers, past hunter success rates and other information on an interactive map.