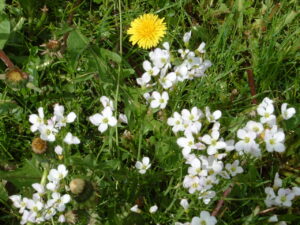 State police at Ridgway are investigating a theft occurring on Tucker Lane in Benezette Township between May 19 and this past Sunday. Thieves stole three Browning trail cameras and an unknown make/model hunting blind owned by a 51 year old Wellsboro man. The equipment is valued at a total of $500. Anyone with information is asked to call the Ridgway barracks.

An 18 year old Liberty PA driver escaped injury in a one-vehicle accident last Thursday in Liberty Township. According to Mansfield based state police Ian Beck was going west on Route 414 when his Dodge Ram went off the northern shoulder, struck a mailbox, continued traveling westward for 100 feet and struck a tree, then went another 10 feet before colliding with a utility pole.

A reported vandalism at the C&N Bank in Wellsboro was investigated by state police at Mansfield. A tin roof sustained $500 in damage last Wednesday morning.

Minor injuries were reported for a Coudersport man after a one-vehicle mishap Tuesday afternoon near East Second Street. The driver told authorities the brakes on is car failed while he was turning into his driveway. The car went down an embankment and hit a house on Dwight Street.  As the car was being pulled  back up, traffic was re-routed via Park Avenue.

The House State Government Committee advanced several bills last week, including legislation to give law enforcement the tools to combat rampant unemployment fraud and another to improve the system of checks and balances.House Bill 2648 calls for the appointment of a special state prosecutor, under jurisdiction of the Office of Inspector General, tasked with rooting out and prosecuting individuals who have used the COVID-19 pandemic to fleece the Pennsylvania Unemployment Compensation system to the tune of more than a half a billion dollars in fraudulent payouts.

House Bill 2649 would add two appointments from the two majority leaders in the General Assembly to the Independent Regulatory Review Commission (IRRC). Sponsors say the bill would  bring balance to the commission and further protect the system of checks and balances.”

The four bills now go to the full House for consideration.