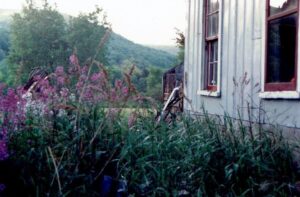 Coudersport based state police have not released details about serious motorcycle accident this afternoon on Route 6 about a mile west of the borough. Coudersport emergency services responded to the scene. Route 6 was closed between Dingman Run and Fishing Creek for a couple of hours.

A theft occurring in Ulysses Township Sunday morning may result in charges being filed. State police say a suspect has been identified and theft charges are pending. A carved wooden bear statue owned by Diane Neff of Quarryville was taken Sunday from a residence at 443 Telescope Road.

Both drivers escaped injury in a minor collision in Fox Township, Elk County Wednesday afternoon. According to state police Stephen Sheely was going south on Zola Street when he tried to avoid a Jeep Cherokee with a trailer in tow driven by Thomas Bowley which had stopped in the southbound lane  to unload some firewood. Sheely did not move far enough and his Chevrolet Silverado scraped the side of the Jeep. 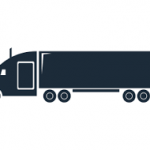 A criminal mischief in Middlebury Township overnight May 31 is being probed by state police at Mansfield.  Vandals cut air lines and an electrical line on a 2021 Kenworth owned by Peters Brothers, Inc. of Lenhartsvlle, PA. Anyone with information is asked to contact state police at 570.662.2151.

Pennsylvania’s 2022-23 hunting and trapping licenses o go on sale June 13.The new license year begins July 1. License prices, meanwhile, remain unchanged, with one notable exception.This year, for the first time, a discounted hunting license is available to Hunter-Trapper Education instructors. Instructors who are Pennsylvania residents now can purchase a general hunting license for just $1, plus $1.97 in administrative fees. This discount was made possible by House Bill 1122 signed into law earlier this year.Otherwise, general hunting licenses and furtaker licenses each cost $20.97 for Pennsylvania residents and 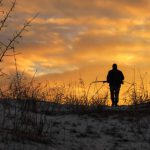 Like other hunters and trappers, seniors still need to purchase bear licenses to pursue bruins and obtain permits to harvest bobcats, fishers or river otters. Hunters who acquired their senior lifetime licenses after May 13, 2017 are required to obtain an annual pheasant permit to hunt or harvest pheasants. Hunters once again this coming season may carry digital versions of their licenses in place of paper licenses. License buyers will be emailed a PDF version of their licenses, so long as they provide an email address in their online profile at HuntFishPA. This applies whether they buy licenses online or at an issuing agent. All documents will be emailed, except for harvest tags. Deer, bear and turkey hunters, and those hunting or trapping in any other season where harvests must be tagged, must continue to carry paper harvest tags afield. No electronic harvest tags are being issued or authorized for use. And all paper licenses and permits that are carried afield must be signed. Those who plan on hunting big game or bobcats, or trapping bobcats, fishers or otters must plan ahead of time to be sure that they are in possession of their harvest tags prior to hunting or trapping those species. All harvest tags will be mailed to those who purchase their licenses online. A complete list of licensing requirements can be found at www.pgc.pa.gov.As for the upcoming seasons, once again this year, additional hunting will be offered on three Sundays: Nov. 13, Nov. 20 and Nov. 27. They’re open for all species that are in season, except turkeys and migratory game birds.

A total of 178 elk  licenses are available. That’s down a bit from the previous year’s 187, but includes a record 60 bull tags, spread out across three seasons.

Licenses are awarded by lottery. License applications can be submitted online or at any license issuing agent. A separate application, costing $11.97, is needed for each season. Hunters wishing to apply for all three pay $35.91. In each drawing, season-specific bonus points are awarded to those who aren’t drawn. The deadline to apply for an elk license is July 31.

A total of 948,000 antlerless deer licenses are available, up from 925,000 last year. And the continuation of concurrent hunting for antlered and antlerless deer during the duration of the firearms deer season gives hunters in much of the state additional time to fill their tags.

New this year, starting in November hunters can also get Agricultural Deer Permits, previously known as “red tag” permits, through the online licensing system. Cost of the permits is $1.97, which covers administrative fees associated with the license system.

Further details are outlined in the Hunting & Trapping Digest.

Hunting licenses can be purchased online at https://huntfish.pa.gov. Just create an account or log into one you previously created to purchase all the licenses you need. A map to locate a license issuing agent near you can be found on the Licenses and Permits page at www.pgc.pa.gov.