Kevin Brown, 59 , of Mount Jewett has been sentenced by a McKean County Judge to a period of incarceration of 12 years to 24 years plus 3 years of consecutive supervision for crimes against two minor children.    District Attorney Stephanie Vettenburg-Shaffer reports that Brown had previously been convicted by a jury of Involuntary

Deviate Sexual Intercourse; Indecent Assault; and other crimes. The case was investigated by Trooper Neil Ginther of the PA State Police – Lewis Run barracks.  The sentencing had been delayed because, under Pennsylvania law, anyone convicted of crimes such as these is required to be assessed by the Sex Offender Board prior to sentencing.  Brown was determined to require lifetime registration under the law formerly known as “Megan’s Law.”

James Nitsos, 36 of Bradford  has been sentenced to a period of incarceration of 54 months to 108 months by Judge John Pavlock.  Nitsos had been convicted by a jury on May 10 for Flight to Avoid Apprehension; Possession with Intent to Deliver Controlled Substances (Methamphetamine and Cocaine) and Counterfeit Controlled Substances (Etizolam); and Conspiracy.  Trooper Richard Obermeyer (previously employed as a City of Bradford Police Officer) and City of Bradford Police Officer Shaun McDonald investigated the case which included the arrest of the defendant in December, 2020.  A few months later, McKean County District Attorney Stephanie Vettenburg-Shaffer, Elk County District Attorney Thomas Coppolo and Cameron County District Attorney Paul Malizia issued a joint press release on April 13, 2021 and sent letters urging lawmakers to list the drug Etizolam as a Schedule I controlled substance in Pennsylvania.The three District Attorneys notified law 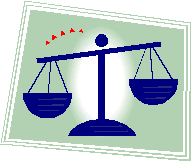 makers that Etizolam had been seen in this part of Pennsylvania in the prior months, first discovered by police in our area in St Mary’s in October of 2020.  The DA’s cited the potency of the drug and its ties to fatalities in the United States.In McKean County, Etizolam was found in pills marked to look like Xanax.  In Cameron County, the drug was found in fake candy that had been ingested by school children.  The DA’s expressed concern for the safety of area citizens, including young children and also their concern that their prosecutorial ability is impacted by the fact that Etizolam has evaded categorization as a controlled substance under the statute in Pennsylvania – eroding the prosecutors’ ability to seek a punishment that fits the crime of giving fake pills or fake candy to citizens.Nitsos was wanted by State Parole when he was observed within the City of Bradford by a resident on December 18, 2020, who notified police of his whereabouts. Former City of Bradford Police Officer (and current State Trooper) Richard Obermeyer responded and attempted to make contact with Nitsos, but Nitsos ignored the Officer and took off on foot with the Officer giving chase.  The Officer radioed other Officers who joined in the effort to take Nitsos into custody.  They apprehended him after a short chase.When the defendant was apprehended, he was found to have cocaine, methamphetamine, numerous pills, and a digital scale. Nitsos was charged and convicted of the following:  Flight to Avoid Apprehension (Felony 3); 2 counts of Possession with Intent to Deliver a Controlled Substance (methamphetamine and cocaine); 1 count of Possession with Intent to Deliver a Counterfeit  Controlled Substance (Etizolam with markings to look like Xanax) (Felony); Conspiracy Possession with Intent to Deliver (Felony); Possession of a Controlled Substance (misdemeanor); and Possession of Paraphernalia (misdemeanor).

The case was investigation by Trooper Obermeyer and City Officer Shaun McDonald and was prosecuted by District Attorney Stephanie L. Vettenburg-Shaffer.  A date has not been set for sentencing. Nitsos is incarcerated at the McKean County Jail.

in Potter County. According to state police, Ziren Xia was going north on Dividing Ridge Road when his NMW X3 when left the pavement and hit a tree. Three passengers all from New York escaped injury.

Thomas Putnam (left) of Wellsboro gets pancakes as he goes through the line at the fly-in breakfast on May 29. Eggs, ham, buckwheat pancakes and plenty of sunshine were the order of the morning at the Canyon Pilots Association All-You-Can-Eat Fly-In Breakfast on Sunday, May 29 at the Grand Canyon Regional Airport, near Wellsboro. A total of 1,156 people attended, including 1,002 adults and 154 youngsters. “That was close to our largest turnout, which was slightly more than 1,200 but I’m not sure what year that was,” said Joe Burnside, treasurer. “I do know it wasn’t recently because of the pandemic.During the breakfast, DCNR was using two crop dusters and a helicopter to spray the forest and kept landing at the airport to fill up with gas or to get more pesticide and would then take off again. “I happened to look up and saw that the tarmac was covered with people watching those planes and others,” said Burnside. It was estimated that between five and ten pilots landed their private planes at the airport for the breakfast. Twelve adults and children won the raffle and got to go on a helicopter ride at the breakfast.

SHINGLEHOUSE, Pa.—Dennis R. “Denny” Keech, Sr., 72, of Shinglehouse, passed away with his loving family by his side on Wednesday, June 1, 2022, in Roswell Park Comprehensive Cancer Institute, Buffalo, NY, after a short illness.Born on Tuesday, November 8, 1949, in Oswayo, he was a son of Claude H. and Edith I. Jones Keech.Denny was a graduate of Oswayo Valley High School in Shinglehouse. He was employed as a machine operator by the former Dresser-Rand Industries in Olean, N.Y. for over 43 years until his retirement.Denny enjoyed riding his Harley Davidson motorcycles. working on his antique cars, walking around Shinglehouse, and in his younger years, weightlifting. He loved scratch-off lottery tickets, attending sporting events at Oswayo Valley, and watching sports on TV,. He loved animals, especially his cat, Lord Baltimore. He took care of many cats in his neighborhood. His greatest loves were his children and grandchildren.Surviving are his mother of Shinglehouse; three children, Dennis R. “Denny” (Kelly) Keech, Jr. of Shinglehouse, David R. (Tara) Keech of Shinglehouse; and Kelly A. (Randy Blackmon) Keech of Palm Harbor, Florida; five grandchildren, Kayla (Thomas) Gross, Kendal Keech, Kaleb Keech, Brevin Austin, and Charlotte Austin-Keech; and many aunts, uncles, and cousins.In keeping with Denny’s wishes, there will be no public visitation or funeral services.

PORT ALLEGANY, Pa.—James P. “Jim” Ruthenberg, 76, of Port Allegany, formerly of Smethport, Long Island, NY, and Michigan, passed away on Wednesday, May 25, 2022, in UPMC Cole, Coudersport, Pa., after a long illness.Born on Saturday, February 9, 1946, in Detroit, Michigan, he was a son of Elmer and Pauline Dornbrock Ruthenberg. On April 22, 2001 in Amagansett, Long Island, NY, he married Marjorie L. Merrill, who survives.He graduated from high school in Michigan, where he played baseball and had been offered a genuine job to continue playing baseball, but he turned down that offer and attended college for one year for dental studies. Jim then enlisted in the US Army where he honorably served for two years during the Vietnam War. Jim was first employed for Ajax Company in Michigan for approximately 16 years. During those years, he coached his son’s baseball team and helped his daughter with track. He left Michigan, going to Long Island, NY, where he and his brother, Bill Ruthenberg, did carpentry. He then was employed by Mark R. Buick in East Hampton, Long Island, NY, for several years. He then worked on a fishing boat on Montauk, Long Island, on his days off for approximately five years. He was then employed at McCoy Fuel in Amagansett, Long Island, as a fuel attendant for 15 years. He than later worked on the waters as a local “Bubby” for Harry Lester, a bayman.His passions were amongst many wonderful things. He loved music, the Blues, Jazz, Motown. He loved the beat and sound from piano, sax, harmonica, etc. “Loved it all!!” He also a special place in his heart for animals and nature. He was a die-hard Jets fan, even though when it came to TV, he watched sports of all kinds, and he also enjoyed watching his favorite series, Blue Bloods, and his all time favorite, The Godfather, with the best movies in between.Surviving besides his wife are two stepdaughters, Dawn M. (Kenny) Kent of Roulette, PA, and Emily J. (Riki Tanaka) Shaw of Port Allegany, PA; three step-grandchildren, Joshua Kent, Christa (Justin) Bean, and Elijah Gant all of Pennsylvania; three step-great-grandchildren, Aliyah, Winnie, and Sawyer, all of Pennsylvania; his ex-wife, Marietta Gervasi of Michigan; a daughter, Jamie Ruthenberg of Clarkston, Michigan; a son, Jason (Karen) Ruthenberg of Rochester, Michigan; four granddaughters, Gracie, Emerson, Noelle, and Vera; a brother, William (Martine) Ruthenberg of St. Augustine, Florida; and several nieces and nephews.In keeping with Jim’s wishes there will be no public visitation. Military honors will be accorded on a date and place to be announced. His final resting places will be on Long Island, NY and Michigan.In lieu of flowers, memorials may be made to Wounded Warrior Project at www.woundedwarriorproject.org/donate Jim’s family has entrusted his care and cremation arrangements to Kevin J. Dusenbury, funeral director/owner of the Virgil L. Howard Funeral Home, Shinglehouse, Pa.

John R. Robedee, 58, of Coudersport, died Wednesday, June 1, 2022 at his home. John was born on October 23, 1963 in Long Island, NY the son of the late Richard and Mary (Narciso) Robedee.  He was the husband of Mandy L. (Pierce) Robedee, who survives. John was a carpenter and a mechanic, he loved cars and working on cars. He also loved cooking and playing the guitar.  John was a member of the Gospel Tabernacle, Coudersport.In addition to his wife, John is survived by three children, Christina Robedee of Bradford; John Robedee, Jr. of Coudersport; and Brooke Robedee of Cocoa, FL; brothers, Rick and Gary, sisters, Sandy and Mary, and 6 grandchildren.  At John’s wishes there will be no visitation or services. The family has entrusted John’s arrangements with the Thomas E. Fickinger Funeral Home, 210 N. East St., Coudersport.  To share your fondest memories of John, or to sign his guestbook, please visit www.thomasfickinger.com.To send flowers to the family or plant a tree in memory of John R. Robedee, please visit our floral store.