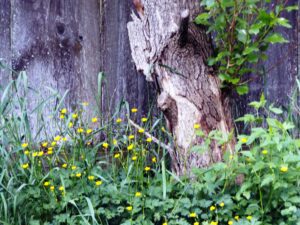 A theft in Fox Township, Elk County on May 24 remains under investigation. Thieves stole$1530 worth of items

from a residence on Cuneo Road. The stolen property included fuel from three vehicles, a power concrete screen, a Bauer SM/MD hammer drill, copper pipe fittings in 8 ft. sections, three hitches, a red and yellow gas can and a ten pack of steel posts.

Troopers at Lewis Run arrested 65 year old Rexford Snyder of Port Allegany for disorderly conduct taking place early Tuesday morning at 19 Miles Lane in Annin Township. Troopers were called to that location for a report for noise complaint. Through their investigation, police determined the owner was extremely intoxicated and

refused to turn down the music and began  screaming vulgar language from his porch. Snyder was also charged with terroristic threats and resisting arrest.

Both people involved in an argument Sunday night in Keating Township McKean County have been cited for disorderly conduct. State police at Lewis Run responded to an incident on the Northland Road were a 32 year old Rew man and 26 year old Quaker City, OH woman were engaged in an altercation outside their camp.

An ID theft in Tioga County is being investigated by state police at Mansfield. Gregory Fox received a suspected fraudulent check from the US Treasury Department for $23,000.  Fox had his bank check the validity of the check and the police say the bank confirmed the validity but did not explain why damage was said to be $1.00. In seeking a clarification of the news  release, Black Forest learned that the check from the US Treasury is legitimate but it was incorrectly made out to Gregory Fox. Troopers directed him to contact the Treasury Department regarding the mistake. The investigation is continuing.

DUI charges are pending against a 38 year old Knoxville man who was stopped by state police on North Water Street in that town May 13 for a traffic violation. Troopers claim the unnamed suspect was driving his 2016 GMC under the influence.

​ Agriculture Secretary Russell Redding is inviting  veterans’ services, agricultural and other organizations to apply for funding to deliver grants to military veterans for farm and related business start-ups and expansion.

The opportunity is available through Governor Tom Wolf’s Pennsylvania Farm Bill and the Agriculture Business Development Center. The center will fund up to three $100,000 grants to organizations which will in turn offer 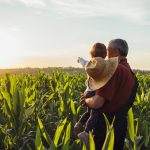 grants of up to $10,000 to individual military veterans for agricultural business needs. The subgrants to veterans can support a diverse range of expenses from food safety and biosecurity planning to equipment, marketing and working capital.

According to a recent U.S. Department of Agriculture Census of Agriculture, Pennsylvania is home to more than 7,000 military veterans identified as agricultural producers. The program aims to support their success in Pennsylvania’s $132.5 billion agriculture industry to continue feeding Pennsylvania and the world.Full guidelines for the new grants can be found in the PA Bulletin.Organizations must submit applications online using the Department of Community and Economic Development’s Electronic Single Application, by Friday, June 17, 2022 at 5:00 p.m.Applicants who have questions may contact Joshua Scheinberg, at (717) 919-0377 or jscheinber@pa.gov.

The PA Department of Health  has issued a weekly update on the number of Covid-19 deaths in Pennsylvania.

There have been 45,254  deaths, up 107 for the week. There were no new deaths in the Black Forest Broadcasting Service area. The totals are: