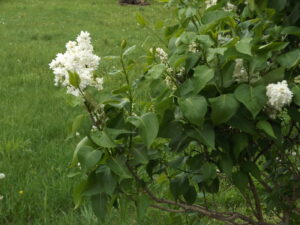 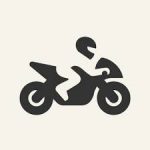 An elderly Indiana, PA motorcyclist  was killed Saturday afternoon in Elk County when his Kawasaki KLX450R went off the Losey Road in Benezette Township and hit a tree head-on. Douglas Stethem, 65, was pronounced dead at the scene. Authorities said he was using a helmet.

Minor injuries were reported for a Brockport man after a one-vehicle crash early last Thursday morning   in Ridgway Township, Elk County. Richard Starr was driving a Chevrolet  Silverado south on Route 949 which crossed the road and rolled over after hitting a guardrail. Starr declined treatment for his injuries and told police he had swerved to avoid a deer but police  suspect he was driving under the influence of alcohol but did consent to a blood draw. Charges are pending the results.

DUI charges have been filed against 26 year old Dalton Sheasley of Ridgway by state police there. Troopers claim when they arrived at 939 Baughman Hill Road in Spring Creek Township early Sunday morning they found Sheasley trying to get out of his 2012 Can-AM side by side which had gone into a ditch.

Troopers did not release the name of a driver who was injured in a one-vehicle accident Saturday morning in Jay Township Elk County.  The unidentified driver, who is allergic to bees, lost control of his Kia Optima when he was distracted by a bee who had flown into the car.

on Jennings Road in Jackson Township. That unit is valued at $1600. Catalytic converters were ripped out of two Ford buses at Best Transit in Mansfield earlier this month. Thieves stole a catalytic converter from a 1998 Jeep owned by a 69 year old Covington man last Thursday or Friday while the vehicle was parked on Ensminger Road in Sullivan Township. Anyone with information about the thefts is encouraged to call state police at 570.662.2151.

An ID theft victimizing a 38 year old Mansfield woman is being investigated by state police at Mansfield. Someone used the victim’s identity to sign up for unemployment benefits.

Mansfield based state police investigated a criminal mischief taking place between 3:00 pm and 5:00pm on May 11 in Charleston Township. Vandals broke a rear passenger window on a 2016 Honda Pilot owned by a 36 year old Blossburg woman while it was parked on Shum Way Road.

Both Kane residents  involved in a domestic violence incident Saturday afternoon in Wetmore Township have been arrested for physical harassment. State police filed the charges after responding to a home on Route 6  where a 62 year old man and a 34 year old man assaulted each other.

An Andover MA man was arrested for DUI after troopers stopped him on East Main Street in Bradford early Saturday morning. Troopers claim 55 year old James Dion was driving his 2020 Nissan Pathfinder under the influence of alcohol. 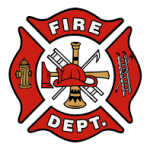 System. Currently, only people age 18 and over are allowed to enroll in the training program.In order to take the additional training at 17, junior firefighters would need to have the permission of their parents and fire chief. This would mean that when a junior firefighter turns 18 years old, he or she would immediately be able to serve their communities as a full-fledged firefighter.

House Bill 2268 now goes to the full House for consideration.