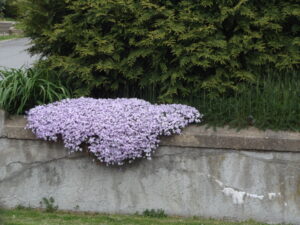 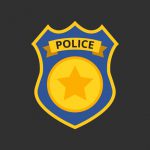 State police at Mansfield  are looking for a   white 2013 Chevrolet Cruz  taken from property on the Losey Creek Road in Osceola Township during the night of  April 15. Investigators say it appears the car was dragged across the lot and loaded onto an unknown vehicle. The car belongs to a 33 year old Covington man and anyone with information is asked to call state police at 570.662.2151.

A Ulysses driver escaped injury in a one-vehicle accident last Wednesday morning in Bingham Township. Troopers report Robert Jordan was going west on the Northern Potter Road just before 8:00 am when he nodded off causing his Ford Fusion to veer off the road and go into a ditch. The car exited the ditch and rolled over twice before stopping  on the side of a driveway.

highlight agriculture education, agritourism and recognize the future of agriculture workforce.The  event included a “From Moo to You” farm tour of the dairy barn and production facility. Students rotated through hands-on stations to learn what a cow eats, and how she makes milk. This tour teaches visitors where milk comes from and was followed by an ice-cream making activity.

Pennsylvania ranks seventh nationally in total milk production, with nearly 520,000 cows producing more than 10.6 billion pounds of milk annually. The industry supports 53,300 jobs and contributes $14.1 billion to the state’s economy. In recent years, dairy has faced market challenges due to increased costs and changes in supply and demand. The Wolf Administration has invested more than $50 million since 2015 to better position Pennsylvania’s dairy industry for the future.

Pennsylvania’s $132.5 billion agriculture industry fuels more than 593,000 jobs across the commonwealth, paying nearly $33 billion in wages each year. Over the next decade, agriculture is expected to face a workforce as farmers and laborers retire and new technology-based positions become available.

Secretary Redding will tour the state as Farm City Days expand to provide students with hands-on learning opportunities and showcase farms and gardens that are making a difference in ag education and workforce initiatives. Historically, the department hosted the event at the Farm Show Complex.

Learn more about initiatives and investments to grow, protect and sustain Pennsylvania’s agriculture industry at agriculture.pa.gov.

The PA Department of Health  has issued a weekly update on the number of Covid-19 deaths in Pennsylvania. There have been 44,898 deaths, up 84 for the week. Deaths  in the Black Forest Broadcasting Service area  to date are  holding steady except in Allegany County in New York State which went up by 1.