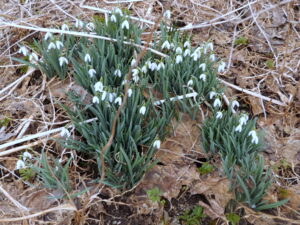 Well, it isn’t over. The closely watched Republican race for  US senate here in Pennsylvania is still too close to call and the slim margin between Mehmet Oz and Dave McCormick could trigger an automatic  recount under Pennsylvania law. Just tenths of a percentage point separated the candidates last night. Some counties still have mail in ballots to counts 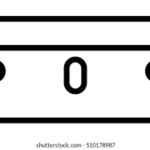 and there was a reported discrepancy in counting ballots in Lancaster County were ballot misprints were discovered.  John Fetterman,  is the Democratic nominee, winning by a wide margin. Republicans are seeking to win in November to gain control of the US Senate. The gubernatorial race was more decisive. Doug Mastriano handily walked away with the nomination, crushing a field of opponents.  Josh Shapiro was the only Democratic candidate for Governor.Richard Saccone won the Republican nomination for Lt. Governor and Davis Austin won the Democratic nomination for the office. State Representative martin Causer easily re-nomination, soundly beating Robert Rossman.  Port Allegany resident Owen Russell, launched a late write-in campaign for the Democratic nomination.

“Youth Community Stewardship Program,” a Penn State Extension workshop aimed at helping youth learn to lead conservation projects, will take place from 9 a.m. to 4 p.m. on three consecutive days — June 7, 8 and 9 — at the

The environmental stewardship camp is designed for youth ages 13-18 who want to get their hands dirty, take charge and learn to lead conservation projects that make a difference. Attendees will help plant a riparian buffer along a creek to ensure a safe habitat for local wildlife and prevent soil erosion.

Young people who are concerned about the environment, interested in learning leadership skills, enjoy working outdoors and participating in a meaningful hands-on project can benefit from this workshop.

The event will cover:

— The effects of climate change on the local environment.

Upon completing the program, participants will receive a certificate and gain eligibility for community service hours.

Organizers ask that participants take their own beverages and snacks. Portions of the program will occur outdoors, so participants should dress in layers according to the weather.

Participants may register at no cost. The Department of Environmental Protection’s 2021 Environmental Education Grants Program provided funding for this event.

The registration deadline is 9:00 a.m. on June 6. More information is available on the Penn State Extension website at https://extension.psu.edu/ycs-program.

No details have been officially released about a  head-on collision involving a school bus and pickup taking place at around 12:30 yesterday at the intersection of Arnold Avenue and Main Street in Port Allegany. The driver

of the truck,” Bucko” Royce had to be extricated from the wreckage and was flown to Erie County Medical Center for treatment of serious injuries to which he succumbed. The bus driver was not hurt. There were no students on board has they had been dropped off at the Career & Technical Center.

DUI charges are being filed against a 39 year old Olean woman after Lewis Run troopers stopped her on the West Eldred Road early Sunday morning. Police claim they found Janine McKenny was driving her 2015 Dodge Durango under the influence of alcohol.

State police at Lewis Run arrested 31 year old Brittani  Bova of Coudersport for public drunkenness. Troopers were called to 116 E. Mill Street in Port Allegany at around 3:30 am Sunday for a woman sleeping on the sidewalk. Police claim Bova was highly intoxicated and was taken to UPMC Cole for evaluation.