http://Events and activities in North Central PA organized by date to  help you plan your visit. 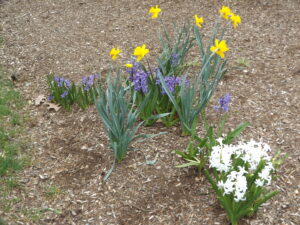 State police at Ridgway have  investigated more  ID thefts…A 79 year old Kersey man received a fake email from Amazon with an invoice stating  that an unauthorized purchase had been made. After the victim contacted the number listed on the email, sensitive information was leaked to the cyber crook. Such a tactic is considered “phishing” a method for criminals to obtain ID information. A 31 year old Ridgway man was scammed out of an $8,000 Apple gift card Tuesday evening. No further details were released. An unknown thief used the ID of a 58 year old Weedville man in an unsuccessful attempt to obtain unemployment compensation April 19.

Threatening text messages were sent to a 38 year old Kersey woman  April 13 by an unknown person. Ridgway based state police are investigating.

An inmate at the McKean County Jail is being charged with institutional criminal mischief for vandalism on April 15 at the lock-up. Authorities claim 41 year old Timothy Bottorf of Eldred ripped an observation camera off the wall of a cell.

Rep. Martin Causer (R-Cameron/McKean/Potter ) joined a majority in the state House to approve legislation that would lower some of the Commonwealth’s highest employer taxes to make the state more competitive.  House Bill 1960 would lower the Corporate Net Income Tax 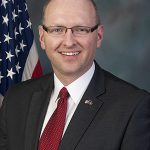 Also from Harrisburg, the state House has approved a bill sponsored by Rep. Clint Owlett (R-Tioga/Bradford/Potter) that would provide scholarships to students trapped in failing schools.House Bill 2169 would establish the Lifeline Scholarship to give qualified students and parents the resources to pursue a high-quality education that meets their needs. Under the bill, parents with school-aged children (first through 12th grade) who reside within the 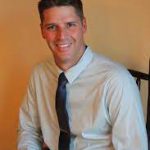 attendance area of a district school in the bottom 15% of performance metrics based on state testing would be eligible to receive a scholarship to offset costs associated with choosing an alternative academic setting that meets their child’s individual learning needs. This bill now goes to the Senate for consideration.If a student and his or her family would choose to take the Lifeline Scholarship, the student would receive only the state portion of funding to use toward an education elsewhere. The federal funds and local property tax funds would stay with the school district, giving it more money to invest in improvements that would better serve its remaining students and ultimately help it climb out of the low performance metrics. In a poll conducted earlier this year, 83% of people surveyed voiced support for giving parents the right to remove their children from a failing public school and enroll them in a school that is succeeding academically. Notably, the support is bipartisan, with 91% of Republicans and 75% of Democrats, as well as 84% of Independents, agreeing with giving parents and students more opportunity to pursue a better education option.

The PA Department of Health reports, there have been 44,629( +13) Covid 19 deaths in the state to date. Deaths  in the Black Forest Broadcasting Service area  to date are holding steady.

William Lee “Bill” PUTMAN, Sr., 78, of Westfield, PA, was born on October 16, 1943 in Blossburg and died Tuesday, April 26, 2022 in his home surrounded by his family.  On January 2, 1960, in the Judson near Sunderlinville, he married the love of his life, Jane O. Cratsley, who predeceased him on November 3, 2020.  He served as a Hector Township Supervisor for many years.  Bill enjoyed hunting, fishing, and playing his guitar.  He was a member of God’s New Beginning Church in Harrison Valley.  Surviving are:  nine children, Doris Putman, Ramona (James Wesley) Hults, Bernice (Randy) McCutcheon, William (Echo) Putman, Jr., Jacqueline (Dean) Erway of Ulysses, Edmond L. “Buns” (Julie) Putman, Maria (Joseph) Bliss, Benji (Amy) Putman, and Kristie (Phillip) Potter;  19 grandchildren;  and 29 great-grandchildren.  In addition to his wife, he was predeceased by two grandsons, Jamie Lee Hults and Randall L. “RJ” McCutcheon, Jr.  Private viewing and funeral will be held at Olney-Foust Funeral Homes & Crematory, Ulysses, PA.  Rev. David R. Brelo will officiate.  Burial will be in Riverview Cemetery, Potter Brook.  Memorials may be made to God’s New Beginning Church, 104 E. Main St., Harrison Valley, PA 16927.  Online condolences may be expressed at www.olneyfoust.com.