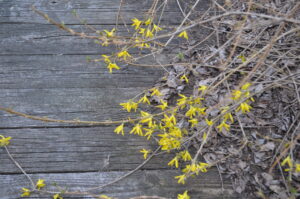 weapon.  Reedus-Gilyard was charged after City of Bradford Police responded to the Lighter Side bar in Bradford on January 24, 2020 for a report of a stabbing.  Paramedics treated the victims on scene and both were later treated at hospitals after suffering non-life-threatening injuries.  One of the victims was taken to an out-of-area hospital due to the location of his injury.  One victim suffered injury to his torso and another victim, who was an employee, suffered injury to his hand trying to stop the initial assault.  rior to police arrival, Reedus-Gilyard fled the scene and was unable to be located. Reedus-Gilyard was ultimately apprehended in Buffalo by New York authorities and was extradited to Pennsylvania to face the charges.

Reedus-Gilyard was also ordered to have no contact with the victims, not be on the premises of the Lighter Side bar, pay restitution, and undergo drug and alcohol and mental health assessments.

DUI  charges are pending against a Kane driver following a one-vehicle crash last Thursday evening in Wetmore Township, McKean County. According to Lewis Run state police, 57 year old Thomas Horton was driving a F-150XLT eastbound which crossed the road on a curve, entered a ditch and collided with a utility pole before stopping. Horton was taken to UPMC Kane for treatment of minor injuries and police believe he was driving under the influence of alcohol.

Troopers at Lewis Run are investigating an animal cruelty case on Slack Hollow Road April 11. No further details were released. They are also probing a report of a sexual assault on a minor reportedly taking place January 15 on Route 46 in Otto Township.

A theft occurring last Thursday in Jay Township Elk County is being investigated by state police at Ridgway. Someone stole some prescription medication from the home of a 48 year old man on Crabtree Lane in Weedville. 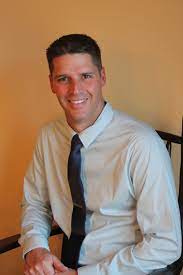 Two Tioga County projects to boost recreation and economic development in the region have been awarded $1 million each in state funding, according to  Rep. Clint Owlett (R-Tioga/Bradford/Potter)The grant to the Tioga County commissioners will support construction of the Marsh Creek Greenway Patterson Trailhead facility and supporting parking areas. The project includes demolishing the existing structure, preparing the site for the trail head facility and constructing stormwater management facilities. Other features include a bike repair station, a kiosk for visitor information, landscaping and sidewalks. The building construction includes a superstructure, shell, porches and patios, interior fit-out of the space, HVAC, plumbing and electrical construction.

The second grant goes to Tyoga Container Inc. for the third and final phase of its construction of a 100,000-square-foot distribution center. The funding will be used to run a conveyor system from the current manufacturing facility directly to the newly constructed distribution center.

The funding was awarded through the state’s Redevelopment Assistance Capital Program, which supports the acquisition and construction of regional economic, cultural, civic, recreational and historical improvement projects. RACP projects are authorized in the Redevelopment Assistance section of a Capital Budget Itemization Act, have a regional or multi-jurisdictional impact, and generate substantial increases or maintain current levels of employment, tax revenues or other measures of economic activity.

The PA Department of Health reports, there have been 44,608 ( +28) Covid 19 deaths in the state to date. (+51).Deaths  in the Black Forest Broadcasting Service area  to date are mostly  holding steady.