Damage was minimal at the Kightlinger residence last night in Coudersport. According to Fire Chief Bryan Phelps, the homeowner returned home just after 7:30 pm Thursday and found a blaze on the back deck which was quickly extinguished by first responders (returning from a Landing Zone) and the homeowner. Crews where back in quarters and placed in-service by 11:00 pm. There was no injuries and house is insured. The cause of the fire was ruled accidental due to a heat lamp ( Ducks )and combustibles( wood chips, straw and tarp ) on the back deck, cost estimated at $5000, sadly the ducks did perish in the fire .Assisted by Coudersport Borough police,, CVAA, Port Allegany Station 3, 46-Roulette. In all 23 personnel from the Coudersport department responded to this alarm. Coudersport based  state police minimized details citing a 28 year old Westfield man for physical harassment early Thursday morning on Route 6 East in Pike Township. All cops would say is that two people who were staying at that location and became involved in an argument that turned physical so both were arrested even though police did not reveal details about the second individual. 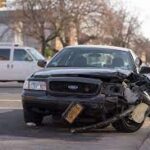 A Ridgway driver received minor injuries in a one-vehicle accident Tuesday afternoon in Ridgway Township. According to state police, Karen Dowd fell asleep at the wheel of  her 2008 Suzuki on the Ridgway /St. Marys Road. The car went off the pavement and hit an embankment. Dowd was taken to Penn Highlands Elk while her passenger Jessica Rairdan declined treatment.

No injuries were reported for the driver of a 2013 Dodge Avenger involved in a minor mishap Monday in Jones Township, Elk County. State police said the   southbound car went out of control on the partially snow covered road while coming out of a curve and struck a ditch. The accident is considered a “non-reportable.

This year’s Gobbler season begins  Saturday with a one-day hunt for junior and youth mentored hunters, then runs from Saturday, April 30 to Tuesday, May 31 for everyone else.More than 150,000 hunters take to forests and fields each spring to chase these birds.Pennsylvania’s statewide flock – always among the largest anywhere in the East – is likely bigger right now than at any time in the last few years due to a number of factors.First, 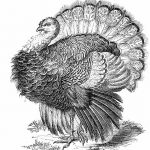 2021’s recruitment – or influx of new turkeys into the population – was very good, courtesy of warm, dry weather last spring and, in places, lots of cicadas to eat. Survey work revealed 3.1 poults per hen, on average, statewide.

Those birds won’t necessarily be easy to harvest; neither jakes nor older birds typically are as vocal as 2-year-olds, But hunters can up their odds of tangling with a tom turkey by preparing before opening day.

The Game Commission  recommends scouting, looking either for actual birds, turkey sign such as droppings, feathers, scratchings and tracks, or at least places where turkeys might be, like openings close to and easily accessible from roosting areas where gobblers prefer to strut.

All the while, back home, practice calling.

None of that guarantees success, of course. About 15 percent of hunters harvested one gobbler last spring overall. About 18 percent of the near-record 25,210 people who bought a special spring turkey license, or second gobbler tag, took a second. Those figures are comparable to long-term averages.

All participants in the youth hunt must be accompanied by adults as required by law. A complete list of regulations applying to mentored youth and junior hunters can be found in the 2020-21 Pennsylvania Hunting & Trapping Digest, which provided with a hunting license and is available online at www.pgc.pa.gov.

Hunting hours during the youth hunt end at noon. Junior hunters and mentored youth also may participate in the statewide spring gobbler season.

Hunting hours begin one-half hour before sunrise and end at noon for the first two weeks of the statewide season (April 30 through May 14). Hunters are asked to be out of the woods by 1 p.m. when hunting hours end at noon. This is to minimize disturbance of nesting hens.

From May 16 through May 31, hunting hours are from one-half hour before sunrise until one-half hour after sunset. The all-day season allows more opportunity at the point in the season when hunting pressure is lower and nesting hens are less likely to abandon nests.

It is unlawful, as well as unsafe, to stalk turkeys or turkey sounds.  Turkey season is often the deadliest hunting season . All hunters need to wait patiently and properly identify their targets prior to pulling the trigger. When in a stationary position, a hunter should sit with his or her back against a large tree, rock or other barrier that shields movement and offers protection from others who might approach from the rear.

Turkey hunters should not wear clothing that contains black, like the color found on a turkey’s body, or red, white or blue, like those on a turkey’s head.

Pennsylvania hunters again this year can purchase a license to harvest a second gobbler in the spring season, but only one gobbler may be taken per day. This license must be purchased no later than April 29, the day before the statewide season begins.

The PA Department of Health reports, there have been 44,578 ( +28) Covid 19 deaths in the state to date. (+51).Deaths  in the Black Forest Broadcasting Service area  to date are mostly