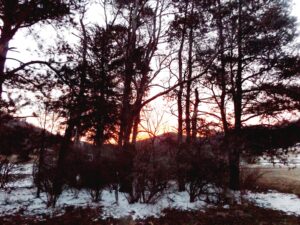 Ridgway based state police are investigating a theft occurring Friday on Mapleview Drive in Ridgway Township. Thieves stole over $100,000 in cash from an 85 year old Ridgway man. The money consisted of $100 bills.

A burglary in Fox Township is being probed by state police at Ridgway. Sometime between March 25 and April 8, someone entered the home of a 38 year old Reynoldsville  on Dagus Mines Roads and stole household items including family pictures, children’s figurines and a rug scrubber.

State police at Ridgway have charged 37 year old Raeann Chatfield of Kersey with assault using a deadly weapon. Troopers explained Chatfield and 30 year old Bradley Harvey of Ridgway got into an argument while driving on Main Street in Fox Township. The car stopped at the Last Chance bar and Harvey allegedly hit Chatfield in the face. The pair went into their house where the assault continued and Chatfield is accused getting a knife and stabbing Harvey twice in the side. She was committed to the Elk County Jail in lieu of $50,000 bail and Harvey was jailed in lieu of $5,000 bail.

Minor injuries were reported for a 17  year old St. Marys girl following a collision Friday morning in Jay Township, Elk County. Troopers explained the collision occurred when the teenager’s 2008 Chrysler Sebring crossed the center line ay about 7:30 am and struck a school bus driven by Grace Heiberger of Weedville. The teen driver did not require treatment and Heiberger was not hurt.

A Sabinsville driver has been charged for a hit and run taking place early last Thursday morning on the Crance Brook Road in Westfield Township. State police at Mansfield claim 27 year old Matthew Burrell left the scene after his southbound Ford Ranger went off the road and hit two mailboxes. Through physical evidence and an area canvas, police determined Burrell was the driver.

Two Ludlow residents have been arrested for drug possession following a traffic stop early Sunday on Route 6 in Wetmore Township. State police say when they interviewed Jonathan Cornelius and 26 year old Kimberly Brinkley after stopping their 2010 Suzuki they found both to be in possession of a controlled substance and drug paraphernalia.

Drug possession charges are also being filed against 32 year old Ryan Bray of Kane. Troopers say after they pulled over a 2014 Ford Escape driven by Bray on Hemlock Avenue in Wetmore Township for suspected DUI  late Thursday night, they found Bray in possession of a controlled substance and related drug paraphernalia. 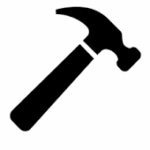 A Loganton  PA contractor is facing  numerous theft charges in Potter County. According to Coudersport based state police, Cory Shifflett of Galeton paid 24 year old Dustin Butler, the owner of Black Bear construction $6200, to repair his roof. Butler accepted the job but has never shown up to do the work. Shifflet tried, for nine months, to get Butler to fulfill  the agreement. Shifflett finally requested getting his deposit back but Butler  stopped responding and did not return the moneyl

A Roulette woman has been cited for dog law violations. Troopers at Coudersport claim dogs owned by Casey Winseck were found running on multiple properties on the West Branch of Fishing Creek in Clara Township Friday morning. One of the property owners has been identified as Jeffrey Reynold of Roulette.

An Austin woman escaped injury in a car/deer collision just before 7:00 am last Thursday in Sylvania Township. According to Coudersport based state police, Kimberly Lott was headed north when deer ran onto the Costello Road and was struck head-on by a 2021 Ford Escape, owned by the Commonwealth.

Rep. Russ Diamond (R-Lebanon) on Wednesday, during a hearing on election readiness, expressed concern to Department of State officials about reports and video of people depositing armloads of what appear to be voting ballots into unmonitored ballot drop-boxes during the 2021 election, but state officials say there are no plans to require monitoring of drop boxes going forward.

The video in question, posted on Diamond’s Facebook page, was obtained by the Montgomery County Republican Committee through a right-to-know request. It shows a single person placing what appears to be at least a dozen ballots into a ballot drop box at the Upper Dublin Library on Nov. 2, 2021.

Pennsylvania voters are only allowed to place their own ballot in drop boxes. However, Governor Tom Wolf’s wife reportedly placed the governor’s ballot in a drop box.

Diamond asked Jonathan Marks, deputy secretary of elections and commissions at the Pennsylvania Department of State, if there were any plans to require monitoring of drop boxes going forward, noting that the only guidance for drop boxes currently on DOS’s website is in the archived section dated Aug. 19, 2020, which refers to drop boxes as “secure receptacles.”

“Archived would be guidance that’s either out of date or that we’re currently reviewing to make updates to,” Marks said. “We’re not going to be issuing new guidance unless things change – I mean we still have litigation regarding dates on envelopes and other things that are going on and we have the Act 77 litigation, so we may have to respond to things.”

Other than perhaps little “tweaks” Marks said no updated guidance on drop boxes are planned “unless there is an adverse ruling from the court.”

The PA Department of Health reports, there have been 44,391 (+33)  Covid 19 deaths in the state to date. Deaths  in the Black Forest Broadcasting Service area  to date are mostly  holding steady.