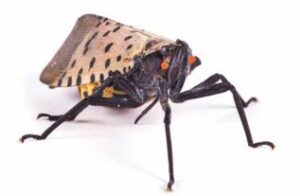 McKean County District Attorney Stephanie L. Vettenburg-Shaffer reports that  68 year old Robert Hamilton of Kane was  sentenced  Thursday to serve 19 ½ years to 39 years in state prison for sex crimes committed against 3 minor children throughout McKean County, around the Kane area, from January 1, 2017 to October 9, 2018.  The defendant was 65 years of age and all of the victims were under the age of 11.Hamilton was convicted by a jury on July 20, 2021 of Involuntary Deviate Sexual Intercourse on a child under age 13; Sexual Assault; 3 counts of Indecent Assault on a child under 13; 2 counts of Corruption of Minors; Indecent Exposure where child under was 16 was present; 3 counts of Indecent Assault without consent; and 3 counts of Indecent assault on child under 16. He has remained incarcerated since his arrest.

The defendant will be required to register as a sex offender for his lifetime if he is paroled after having been determined by the Court to be a sexually violent offender at a hearing in January, 2022. The case was investigated by Trooper Eric Thompson of the Pennsylvania State Police-Lewis Run.  District Attorney Stephanie L. Vettenburg-Shaffer prosecuted the case on behalf of the Commonwealth.

Street  during November 2020– a house next door to the Corydon Volunteer Fire Department station. Johnson had been a fireman with the department at the time of the crimes and then responded to the scene with the firemen who arrived to fight the fire.The defendant’s sentence was sought due to the danger that all fire, particularly arson, poses to firemen. DA Shaffer quoted an expert in the case who gave an example to illustrate the experience of a fireman:  the expert posed the scenario of entering a dimly-lit home you’ve never been, carrying 100 pounds of equipment in oven-like temperatures, and trying to locate an object somewhere in that house in a very short period of time.  The risk of injury from numerous sources and disease due to toxic chemicals and debris that  firemen face makes every fire a life and death matter.Johnson was also ordered to pay $99,000 in restitution for the arson. The defendant was also sentenced for a theft of $70 from the Fire Department. The case was investigated by Trooper Andy Eliason of the Pennsylvania State Police-Lewis Run (who is, himself, a firemen).  District Attorney Stephanie L. Vettenburg-Shaffer prosecuted the case on behalf of the Commonwealth.

A burglary at a camp on Caledonia Road in Jay Township, Elk County is being investigated by state police at Ridgway. Thieves burglarized a shed on the property owned by a 58 year old Indiana, PA man and stole two push  lawnmowers between last November and this past week. The green Lawn Boy and Craftsman black and red are each valued at $500. A padlock to the shed door, valued at $30 was broken.

A Johnsonburg driver is facing drug charges after troopers stopped his 2005 Chevrolet Silverado on Servidea Drive Wednesday afternoon for a traffic violation., Troopers claim 19 year old Max Cherry was driving under the influence of drugs and was in possession of drug paraphernalia.

A criminal mischief taking place at 9466 Route 249 in Deerfield Township early Sunday is being probed by state police at Mansfield. Vandals smashed the front and rear windshield and both taillights  on a 2015 Dodge Ram pick up owned by Marion Cook of Woodhull, NY while it was parked at that location between 1:20 am and 4:00 am.

Secretary Redding says “It’s up to every Pennsylvanian to be on the lookout for these bad bugs. Walk your yard, gardens, or land before spring hatch and scrape egg masses. Kill every bug. Check your vehicles before traveling to ensure you’re not transporting them to a new area for new opportunities to devastate crops and outdoor quality of life.”

Adult lanternflies do not survive the winter months. However last season’s insects have laid eggs on any outdoor surface in masses of 30-60, each covered with a mud- or putty-like protective coating. Finding and destroying egg masses now will prevent their hatch and reduce their spread this season.

In the seven seasons since lanternflies were first discovered in the U.S., research funded by the department, the USDA and private industry, has advanced our understanding of the insect and how to safely control it in our climate and habitat. To learn how to recognize the insect and its eggs, how to separate common myths from facts, and how to safely control it on your property, visit Penn State Extension’s website, extension.psu.edu/spotted-lanternfly or contact your local PSU Extension office.

Businesses that operate in or travel through quarantined counties are required to obtain a Spotted Lanternfly permit. The permit is designed to educate business travelers — regardless of their industry and whether or not they transport goods – to recognize spotted lanternflies and know how to keep from giving them a ride to a new area. More than 20,000 companies throughout the U.S. and Canada have gotten permits, representing more than 1.2 million of their employees who are doing their part to stop the spread of the invasive insect.

The PA Department of Health reports, there have been 44,391 (+21)  Covid 19 deaths in the state to date. Deaths  in the Black Forest Broadcasting Service area  to date are mostly  holding steady.