Two Lawrenceville drug users were revived by state troopers Sunday afternoon. State police were called to a home on Route 49 in Lawrence Township for a reported drug overdose and found a 30 year old man and a 44 year old woman had od’d on heroin. The police administered Narcan and both users were taken to UPMC Soldiers and Sailors for treatment.

A reported indecent assault occurring March 11 on Servidea Drive in Ridgway Township is being investigated by state police. Authorities say the 23 year old Kersey woman was involved in an overdose and was taken to Penn Highlands Elk.

State police at Ridgway have filed theft charges against 35 year old Samantha Schauer of Ridgway. Troopers allege the suspect stole $500 from her employer, the Kersey American Legion on March 14.

DUI and endangering the welfare of a child  charges against a 39 year old Ridgway man are pending toxicology reports. Troopers at Ridgway report the suspect, whose name they withheld, drove to the barracks on the afternoon of March 22 to pick up his child, apparently under the influence of drugs and intended to drive from the barracks with the child in the vehicle.

Minor injuries were reported for one driver involved in a collision last Wednesday morning in Jay Township, Elk

County. According to Ridgway state police, the collision occurred when Rhonda Glass of Weedville entered Route 255 from Hemlock Avenue to travel north and her2017  Chevrolet Traverse struck a 2016 Chevrolet Sonic driven by Stephen Wendel of DuBois. The impact sent the Sonic across the road and into a ditch. Wendel refused treatment for his minor injuries.

A Jamestown, NY driver escaped injury in a one-vehicle accident Monday. According to troopers at Ridgway, 21 year old Zachery Bentley lost control of his 2014 Dodge Ram 1500 while making a right hand turn from Route 66 to Route 948. The truck crossed the northbound lane of Route 948, hit a guardrail and rolled over down an embankment.

An Altoona resident has been charged for criminal mischief. Ridgway based state police report 23 year old Ezekiel Winner broke a window at the home of Kylie Spencer of Force by throwing a water bottle through it on the afternoon of March 16. Damage is estimated to be $200.

Rep. Clint Owlett’s (R-Tioga/Bradford/Potter) proposal to help boost energy production in the Commonwealth was approved by the House Environmental Resources and Energy Committee Monday and now advances to the full House for consideration. “Russia’s ongoing invasion of Ukraine has served as a wakeup call for many about the dangers of energy dependence,” Owlett said. “We have the means within our Commonwealth to increase domestic production and become energy independent if only government would get out of the way.” 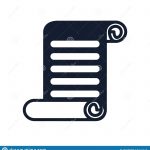 House Bill 2461 aims to open the door to more energy production by putting an end to the Wolf administration’s prohibition on subsurface leases, thereby allowing for the extraction of oil and gas resources from underneath state lands.

“We can preserve our state lands just as they are now by requiring that the surface well site be placed outside of state property,” Owlett said. “The revenue generated from leasing the subsurface rights would create a vital, continuous source of money that would be used to promote and protect our environment in Pennsylvania, but most importantly it would put us on a path to energy independence.”

Other pro-energy bills advanced by the committee include:

The PA Department of Health reports, there have been 44,238  Covid 19 deaths in the state to date. Deaths  in the Black Forest Broadcasting Service area  to date are mostly  holding steady.