An animal cruelty case is being investigated by state police at Lewis Run. Troopers were summoned  to 9288 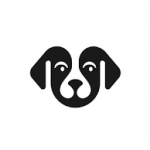 Route 6 near Pine Drive west of Mt.Jewett for an injured dog on the road. Officers took the dog to the McKean County SPCA for treatment of its injuries. Troopers were unable to locate the owner but an individual was seen walking the dog earlier in the same area. The dog is a brown pit bull with a camouflage collar. Anyone with information about the incident or a possible owner is asked to call state police at Lewis Run 814.368.9230.

State police at Ridgway are investigating yet another ID theft. Someone illegally used the name, Date of birth and social security number of a 31 year old Ridgway man to file an unemployment claim Friday morning.

Troopers at the Mansfield barracks arrested 49 year old William Berry of Kittanning for DUI after pulling over his 1988 Honda Accord on Cummings Creek Road in Nelson Township just after 3:00 am January 31. Police claim they determined Berry was driving under the influence of a controlled substance.

The Pennsylvania State Police (PSP) arrested Sean McKenzie, a PSP corporal, last week for various charges relating to child pornography.McKenzie is assigned to Troop T, New Stanton and has been suspended without pay pending the resolution of the criminal charges against him. He enlisted in the PSP in June 2008 and graduated as a member of the 127th cadet class.

The following felony charges were filed by the PSP Southwest Computer Crimes Task Force in District Court 10-3-10 in Westmoreland County:

The PA Department of Health reports there have been 43,600 Covid 19 deaths in the state to date. Deaths  in the Black Forest Broadcasting Service area  to date are mostly  holding steady.