Both drivers and a passenger were hurt in a collision Tuesday in Lafayette Township, McKean County…State police at Mansfield are investigating a drug possession after a mother gave them a controlled substance and paraphernalia she found in her son’s room….Delaware Canal State Park Towpath has been named Pennsylvania’s 2022 Trail of the Year….

Both drivers and a passenger were hurt in a rear-end collision in Lafayette Township McKean County Tuesday evening.

According to state police at Lewis Run, the collision occurred when a Dodge Durango drive by Sarah Dibble of Lewis Run hit the back of a Kia Forte driven by Stephanie Eaton of Eldred. Eaton was taken to UPMC Kane for treatment of her injuries Dibble and her passenger, Tasha Cauvel of Bradford were transported to Bradford Regional

A Bradford man escaped injury in a one-vehicle accident last Saturday morning in Otto Township McKean County. State police report Drew Flanagan lost control of his Honda Civic while going east. The car crossed to the other side and hit a  guardrail, then continued east before traveling back across both lanes and going off the south side of the road.

Mansfield based state police are investigating a possible drug possession. A Richmond Township mother told responding officers she gave drugs and paraphernalia to police which in her son’s room at 464 Kelsey Road on February 16.

Coudersport based state arrested a 55 year old UIysses woman for drug possession after stopping her 2015 Toyota Tacoma on East Second Street in Sweden Township Tuesday morning. Her name was not released.

Department of Conservation and Natural Resources (DCNR) Secretary Cindy Adams Dunn  has announced that the Delaware Canal State Park Towpath has been named Pennsylvania’s 2022 Trail of the Year.

The Pennsylvania Trails Advisory Committee designates the Trail of the Year to help build enthusiasm and support for trails across the state, and to raise public awareness about the value of the Pennsylvania’s land and water trail network. 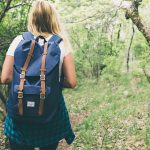 Pennsylvania continues its tradition of being a leader in trail development by providing its citizens and visitors with more than 12,000 miles of trails. In an effort to close the gaps in the network and bring trails to close everyone, DCNR has established a goal to have a trail within 10 minutes of all Pennsylvanians.

The 58.9-mile Delaware Canal Towpath passes through 18 municipalities in Bucks and Northampton counties. The towpath, where the mules once trod pulling the canal boats along the Delaware Canal, provides a level trail for walking, jogging, biking and horseback riding. Boat accesses allow for canoeing and kayaking. In winter, ice skating and cross-country skiing are also popular along the towpath and canal.

The Friends of the Delaware Canal, the award recipient, works in partnership with Delaware Canal State Park, which manages the canal and towpath. The friends group assists with development and maintenance along the towpath, as well as helping to raise funds and awareness for the canal and towpath. They utilize the Canal Tenders volunteer program to watch over and care for sections of the towpath, and they also initiated a Canal Action Team to work on larger maintenance projects along the trail. This year marks the 40th anniversary of the Friends of the Delaware Canal.

The Towpath is part of the Delaware and Lehigh National Heritage Corridor, which is 165 miles long and traverses five counties in eastern Pennsylvania. The Towpath is also in the Lehigh Valley Greenways and Schuylkill Highlands Conservation Landscapes.

The Pennsylvania Trails Advisory Committee is charged with implementing the recommendations of the Pennsylvania Trails Strategic Plan to develop a statewide land and water trail network to facilitate recreation, transportation, and healthy lifestyles for all. The 20-member DCNR-appointed committee represents both motorized and non-motorized trail users and advises the commonwealth on use of state and federal trail funding.

Visit the Friends of the Delaware Canal websiteOpens In A New Window for more information. ExplorePaTrails offers details on more than 650 trails covering almost 12,000 miles in Pennsylvania.