police allege the suspect, whose name was not released, assaulted a 25 year old Ridgway woman at the Damn Inn located on the Glen Hazel Road in Jones Township. The victim was treated at Penn Highlands Elk for treatment of injuries which included a broken nose and bruising around her right year.

Another St. Marys woman has been charged with retail theft. State police allege the suspect, whose name also was not revealed, stole 8 items by failing to scan the items while checking out between December 23, 2022 and February 4, 2022. The stolen items were mostly food and totaled $29.00 in value.

Slippery roads are blamed for a one-vehicle accident Friday morning in Fox Township, Elk County. According to Ridgway state police, Sabrena Badeau of Kersey was going south when her 2012 Chevrolet Equinox skidded of the Toby Road and overturned after hitting an embankment. She was taken by Fox Township ambulance to Penn Highlands Elk for treatment of minor injuries.e.

As much of the world imposes sanctions on Russia for its unjust invasion of Ukraine, Rep. Seth Grove is calling on the Pennsylvania Legislature to swiftly approve a bill he will soon introduce to increase natural gas drilling and distribution in the Commonwealth to reduce the United States’ reliance on Russian natural gas.

Grove says his bill, the ‘End Russian Aggression Act,’ would reduce our reliance on Russian natural gas by increase the production and availability of Pennsylvanian natural gas.”

In addition to increasing drilling in the Commonwealth, Grove’s bill would also reform the drilling permit process and provide funding for pipeline development to increase distribution to other parts of the nation and the world. It would also end Pennsylvania’s participation in the Regional Greenhouse Gas Initiative (RGGI). Joining RGGI significantly increases operating costs for power plants, and those costs will be passed on to consumers. The action would also lead to significant job loss in the energy industry. 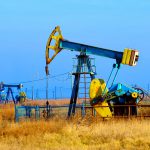 “Now is not the time to hinder our natural gas industry. Rather, we must increase it to further secure our energy sector and decrease, if not zero out completely, American’s reliance on foreign gas,” Grove said. “This bill would also increase jobs here in Pennsylvania, improving our economy.”