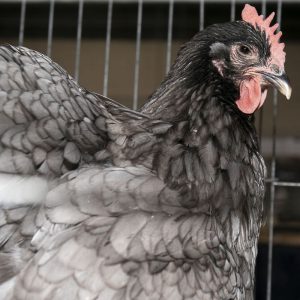 State police at Mansfield arrested a 48 year old Covington man for physical harassment in connection to a domestic violence assault last Wednesday, February 16 on English Lane in Covington. Police claim physical contact took place when the suspect assaulted a 21 year old Covington woman after entering the home after being asked to leave.

Both drivers escaped injury in a rear-end collision February 14 in Richmond Township, Tioga County. According to Mansfield based state police, the collision occurred when Jason Goodreau of Corning, NY failed to realize Jordan Blanchard of Elmira, NY had stopped on South Main Street to make a left turn, and drove his Dodge Neon into the back of Blanchard’s Dodge Ram 2500. Goodreau was cited for following two closely and  Blanchard was cited for failing to have insurance.

DUI charges are being filed against a 30 year old Jasper, NY driver who was stopped late Saturday night on the Ellison Road in Elkland by patrol officers for traffic violations. Troopers claim the unidentified suspect was driving his 2008 Ford Edge under the influence of alcohol.

According to Ridgway based state police, the collision occurred when Joshua Palmer failed to stop his Hyundai Elantra for a Toyota Tacoma driven by Edward Benevich of Weedville which had stopped on the Bennetts Valley Highway to make a left turn. Palmer was taken by ambulance to Penn Highlands Dubois for treatment of serious injuries and was cited for following too closely.

Injuries were reported for an elderly N. Versailles, PA driver and his passenger after a one vehicle crash last Thursday morning in Benezette Township Elk County. State police explained 81 year old Albert Kalina was going east on Route 255 when his Mitsubishi Montero crossed the road and became airborne after hitting a ditch and rolled over coming to rest upside down on the left side of the road.

A 30 year old Ridgway man reportedly refused to submit to a blood test at Penn Highlands Elk after being pulled over by troopers on the Ridgway/St. Marys Road last Wednesday in Ridgway Township. A refusal results in an automatic suspension of a driver’s license in Pennsylvania.

However, a 46 year old Ridgway woman suspected of driving under the influence of drugs and alcohol did consent to blood tests after her 2003 GMC Yukon was stopped on Sunset driver in Ridgway Township on the afternoon of February 7.

A Kane teenager is being charged with physical harassment in connection to a domestic violence incident on the afternoon of February 6 on Spring Street in Wetmore Township. The 17 year old boy is accused of assaulting a 48 year old Kane woman during an argument.

Troopers at the Lewis Run Barracks are charging 31 year old Matthew Barnes of Mt. Jewett for driving under the influence of alcohol following a hit and run taking place Sunday night on West Main Street in that town. Police claim a Kia Sportage driven by Barnes struck a parked Subaru Legacy owned by Karen Beck, also of Mt. Jewett, and that Barnes fled the scene. He was later located and taken into custody.

Poor road conditions are blamed for a one-car accident late last Friday night in Otto Township, McKean County. Authorities report Danyelle Cabisca was going south on Route 346 when her Chevrolet Cruze went out of control after hitting  patch of ice covered with water, slid across the road and rolled over after hitting an embankment. Cabisca was taken to Bradford Regional Medical Center for treatment of minor injuries.

A Crosby, PA driver has been arrested for DUI and his passenger has been charged with underage drinking. Troopers at Lewis Run allege when they stopped the unnamed suspect’s 2011 Subaru Outback on Route 155 in Annin Township early Sunday morning, they discovered he was driving under the influence of alcohol. His 20 year old female passenger from Wellsville, NY was allegedly also intoxicated.

DUI charges are also being filed against a 51 year old Coudersport driver whose 2013 Subaru Crosstrek was pulled over on South Main Street in Port Allegany early Saturday morning for traffic violations. The suspect was taken to UPMC Cole for chemical testing and charges are pending results.

My dad used to say “if it’s not one thing it’s another.” From Covid-19 to a new bird flu, the United States Department of Agriculture’s (USDA) Animal Health and Plant Inspection Service (APHIS) has confirmed findings of highly pathogenic avian influenza (HPAI) in birds within the United States.

HPAI is very contagious and can make wild and domesticated birds very sick or lead to death. Bird owners should step up biosecurity efforts to protect their flock and Pennsylvania’s $7.1 billion poultry industry at large.

As of February 17, 2022, the states of Indiana and Kentucky have reported commercial affected flocks and Virginia has reported a backyard affected flock of mixed birds.

With this imminent threat of highly pathogenic avian influenza, there are strategic measures both commercial producers and backyard flock owners can take to protect their birds and operations.

Biosecurity is most important for anyone who owns or works with poultry – whether on a commercial farm, in the wild, or a backyard flock. Pennsylvanians should take proper steps to keep HPAI from spreading.

Don’t haul disease home: If you, your employees or family have been on other farms, or other places where there is livestock and/or poultry, clean and disinfect your vehicle tires and equipment before returning home.

Don’t borrow disease from your neighbor: Do not share equipment, tools, or other supplies with your neighbors of other livestock or poultry owners.

Know the warning signs of infectious bird diseases: Know what diseases are of concern for your flock and be on the lookout for unusual signs of behavior, severe illness and/or sudden deaths. Early detection is important to prevent the spread of disease

Have a premises ID. The ability to identify where poultry flocks are located in a disease outbreak is important to help animal health officials stop the spread of disease quickly. Using Premises ID, state officials can quickly notify all flock owners of a dangerous disease in their area, provide recommendations for reducing the risk of their flocks becoming infected, and recommend testing if needed to rule out disease.

Keep poultry away from areas frequented by wildfowl. Keep your birds indoors at high-risk times, including right now, as highly pathogenic avian influenza is circulating in the Atlantic Flyway. If they cannot go indoors, make sure wild birds cannot access their feed and water sources.

Keep control over the access of people and equipment to poultry houses. If infected wild birds are in the area, reduce the movement of people, vehicles or equipment to and from areas where poultry are kept. Change your clothes before and after contact with your flock, and ensure visitors do the same.

Maintain sanitation of property, poultry houses, equipment, vehicles and footwear. Disinfect regularly and maintain biosecure restricted access to your facility. For commercial poultry owners, clean and disinfect housing at the end of a production cycle. Wash your hands before and after contact with birds.

All poultry producers should always ensure biosecurity practices are part of their daily routine to continue to protect the poultry industry.

Be aware of the signs and symptoms of in your flock:

Lack of energy and appetite,

Pennsylvanians are encouraged to reach out to the Pennsylvania Bureau of Animal Health and Diagnostics. Contact 717-772-2852 or email RA-ahds@pa.gov.

For more information about avian influenza, visit the department’s website at www.agriculture.pa.gov or the USDA’s website here USDA APHIS | Defend the Flock Program.