Plan your activities with our calendar of events. Click on tab. 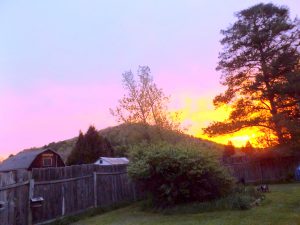 WED-DRY, EARLY HIGH OF 52 THEN DECREASING

The Pennsylvania State Police (PSP) announced recently that it continues to investigate a 1980 cold case involving the homicide of Baby Boy John Doe in Larksville Borough, Luzerne County. In addition to a partnership with the Luzerne County District Attorney’s Office and Othram Inc. to modernize the investigative response, PSP encourages the public to submit tips to Pennsylvania Crime Stoppers.

The Criminal Investigation Unit at Troop P, Wilkes-Barre began its investigation on Aug. 6, 1980, after an employee of the now defunct West Side Landfill discovered the infant’s body within the mounds of garbage dumped from local waste haulers. An autopsy determined the full-term, white, male infant had died within two hours of birth due to immediate neglect. A second forensic opinion in 2000 held that the infant may have lived for several days. Baby Boy John Doe is listed as Unidentified Person 15765 (UP-15765) in the National Missing and Unidentified Persons System (NAMUS).

The initial investigation failed to identify any leads on the birth mother, and forensic investigative avenues were limited at that time. With the advancements in technology over the years, the remains of Baby Doe were exhumed on Sept. 26, 2016, along with other Luzerne County unidentified homicide victims. The exhumations were part of a collaborative effort between the PSP, Luzerne County district attorney, Luzerne County coroner and University of South Florida Forensic Anthropology Laboratory. Baby Doe was examined by the University of South Florida Anthropology Unit, and samples were secured for DNA and forensic isotope testing.

PSP is working with the Luzerne County district attorney to partner with Othram for advanced DNA testing to develop a genetic profile of Baby Doe, which may identify the infant’s biological parents, siblings or other relatives.

The public can submit tips on the case through Pennsylvania Crime Stoppers.

For more information on the Pennsylvania State Police, visit psp.pa.gov.

Tis the season for receiving numerous tax documents in preparation of filing income tax returns. Should you open the mail to find a 1099G form, used to record unemployment benefits received in a fiscal year, but you never filed for or received unemployment compensation, you are not alone.

Fraudsters have taken advantage of the massive number of unemployment claims caused by Gov. Tom Wolf closing nearly every business in Pennsylvania during the early days of the COVID-19 pandemic as a get-rich scheme. They are filing for, and receiving, benefits under another person’s name and it is a very large and costly problem. The Independent Fiscal Office estimates scammers bilked the unemployment system for $6 billion from April 2020 through September 2021.

For Pennsylvanians who fortunately didn’t have to file for unemployment benefits, receiving a 1099G form in the mail is the first indication their identity has been stolen and used to file for benefits.

Pennsylvania Department of Labor and Industry (L&I) advises those who received a 1099G form but didn’t file for benefits to immediately contact local police and file a report. Next, the person needs to file a fraud complaint with L&I by calling the PA Fraud Hotline at 1-800-692-7469, or by going to www.uc.pa.gov. Copies of the police report and the fraud claim, as well as the 1099G received in the mail, should be kept for personal record keeping. There is no need report the bogus 1099G to the IRS when completing a tax return. A correct 1099G will be issued once the fraud claim is confirmed.

Due to the government holiday yesterday, the  state Health Department did not update its Covid-19 data. The department reports the number of deaths in Pennsylvania totals 42,617.

A 32 year old Ridgway man, whose identity was not released, is being charged with drug possession by state police at Ridgway. Patrol officers stopped the man’s 2003 Miniscooter on Cenni Lane in Horton Township Sunday afternoon and allegedly found him in possession of a controlled substance and associated paraphernalia.