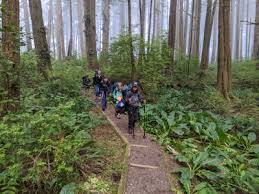 Lewis Run state police have charged 20 year old Dylan Richardson of Allegany, NY with drug possession. Richardson was a passenger in a 2003 Dodge Chrysler which was pulled over on Jackson Avenue in Bradford late Sunday night for traffic violations. 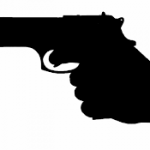 Troopers allege Hummel threatened to shoot a 53 year old Harrison Valley man on January 31. A warrant was issued for Hummel’s arrest and he surrendered to authorities about a week later.

Physical harassment charges are pending against 23 year old Colton Bova of Coudersport for an assault allegedly taking place on the night of February 6 at 103 E.7th Street, Coudersport. The victim has been identified as 34 year old Rachel Kazimer of Coudersport.

An Altoona man is facing DUI  charges following a snowmobile crash Saturday evening in Wharton Township, Potter County. State police at Coudersport claim 54 year old Michael Park was operating his Arctic Cat Sno Pro under the influence of alcohol/controlled substance when the machine failed to make a right curve, went off the road and struck a fallen tree and an embankment before stopping. Park was taken to UPMC Cole by Austin Ambulance for treatment of serious injuries.

No injuries were reported for two Ulysses men following a one-vehicle crash last Thursday in Allegany Township, Potter County. Troopers claim Jonathan Petsch was going too fast for road conditions when his 2008 Chevrolet Silverado failed to make a right curve and crossed to the other side and hit an embankment before flipping over onto its roof. Petsch and his passenger, Seth Morley were using seatbelts. Petsch has been cited for speeding.

State police at Ridgway have arrested 19 year old Christian Shaw of St.Marys for physical harassment in connection to a road rage incident allegedly taking place late last Friday night in Fox Township. Authorities claim Shaw followed a vehicle driven by a 19 year old Kersey man into Kersey park, honking his horn. Once inside the park, Shaw allegedly went to the victim’s vehicle, spit on his face and tried to remove him from the vehicle. 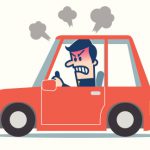 A Kersey man is also accused of spitting on his victim’s face during an argument last Friday morning at the St. Marys Walmart. Joshua Knepp, 34, is also accused of grabbing the arm of the 34 year old Weedville man during a disagreement.

DCNR has a documented need of more than $1.4 billion for infrastructure repairs and improvements. Issues such as addressing wear and tear, extreme weather and climate change impacts, and a high demand for outdoor recreation require investments, which also allow incorporation of sustainable design and energy efficiency.

Pennsylvania made its last major injection of funding for conservation an outdoor recreation in 2005 with the Growing Greener II initiative, which funded hundreds of trail projects, conserved thousands of acres of threatened and open space and helped with hundreds of water projects to reduce pollution and flooding.

Statewide, outdoor recreation is multibillion dollar industry that directly supports 150,000 jobs. For every dollar invested in state parks, $12.41 returns to the commonwealth.

DCNR manages 121 state parks, 2.2 million acres of state forest lands, and is tasked with conserving and sustaining Pennsylvania’s natural resources for present and future generations’ use and enjoyment. More than 42 million people visited state parks in 2021, which is the second most visitors behind 2020’s total of nearly 47 million visitors.