McKean CoundyDistrict Attorney Stephanie L. Vettenburg-Shaffer reports that, following a sentencing Thursday  January 27, 2022, Matthew Howards  was sentenced to 8 years to 16 years and one year of additional supervision for aggravated assault and other crimes. Howard  had been convicted following a jury trial on December 20, 2021 for aggravated assault with a knife for stabbing another man in the City of Bradford as well as other crimes.

Also at the sentencing hearing, the defendant pled guilty to one count of Procuring a Weapon.  While incarcerated at the McKean County Jail, the defendant made a made a weapon.  The defendant will serve his sentence in the State Department of Corrections.

Also sentenced Thursday was Robert Fyfe who pled guilty to possessing a large number of child pornography images at his residence in the City of Bradford.  Due to the number of images, the age of the children depicted, and the nature of the contact depicted in the photographs, Fyfe was sentenced to a period of incarceration of 8 years to 16 years plus 3 years of consecutive probation.  The nature of the offenses requires that he also register as a sex offender under the statute previously known as Megan’s Law.

James Gavin WILLIAMS, III, was sentenced to a period of incarceration of 54 months to 108 months for crimes of Possession with Intent to Delivery (368 grams of methamphetamine and 28 grams of cocaine); Persons not to Possess Firearms; and Possessing Instruments of Crime in the City of Bradford between June 20, 2021 and July 2, 2021  The Pennsylvania SERT (Special Emergency Response Team) assisted City of Bradford Officers. The sentence will be served consecutively to a sentence he was previously ordered to serve following conviction for Persons Not to Possess Firearms for a total sentence of 63 months to 126 months and 1 year of consecutive reentry supervision.

Troopers at Lewis Run have charged 48 year old Francis Kramer of Cyclone has been arrested for drug possession. Kramer’s2006 Ford was pulled over on Route 66 Thursday afternoon on a warrant for possession of drugs and drug paraphernalia. He was taken into custody without incident.

No injuries were reported for a Buffalo area couple involved in a one-car accident last Friday afternoon in Hamlin Townwhip, McKean County. According to state police, Benjamin Donaldson of North Tonawanda was going north on Route 219 when his 2017 Chevrolet Silverado hit a patch of ice and skidded to the western side where it hit a ditch and a tree. Donaldson and his passenger, Liana   JJ were using seatbelts. 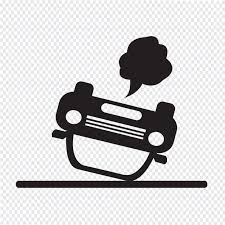 A Smethport man also escaped injury in a one-vehicle crash Saturday morning on Route 46 in Keating Township. Brock Veilleux was going north when his Ford Ecosport crossed the center line and hit a snowbank.

Sixty percent of Pennsylvania deer hunters support a Saturday-after-Thanksgiving start to the firearms deer season, while another 12 percent have no preference between a Saturday or Monday opener, and 27 percent oppose a Saturday opener, based on recent survey results presented to the Pennsylvania Board of Game Commissioners. Pennsylvania in 2019 shifted the opening day of firearms deer season, which for decades began on the Monday after Thanksgiving, to begin the Saturday after Thanksgiving. The past three firearms deer seasons opened on Saturday. The move was welcomed warmly by hunters who otherwise would have missed the opener due to work or school obligations, but now could participate. Others – especially if they travel to camp to hunt – said they liked the traditional Monday start better. But there hadn’t been any data to shed light onto which opinions were more popular.

The Game Commission in 2021 contracted with Responsive Management, a Virginia-based survey research firm specializing in natural resource and outdoor recreation issues, to conduct a telephone survey of Pennsylvania deer hunters to better know their opinions about the opening day of deer season.

As a condition of taking the survey, hunters had to have hunted at least once during the firearms deer season in 2017 and 2018, when the opening day was the Monday after Thanksgiving, and at least once during the 2019, 2020 or 2021 firearms deer seasons, all of which opened on the Saturday after Thanksgiving. That ensured those surveyed had the opportunity to hunt both on Monday openers and Saturday openers at some point in the past five years, providing insight into how the change in the opening day might have impacted their hunting participation and attitudes.

In all, 2,009 resident Pennsylvania deer hunters 18 years old or older were surveyed, resulting in a minimum 95 percent level of confidence. The sampling error is, at most, plus or minus 2.18 percentage points.

The full report is available to view at the Game Commissions’ website www.pgc.pa.gov, under the “Quick Clicks” tab.

The top reasons cited by hunters who support a Saturday opener are that they have work obligations on Monday, that a Saturday opener provides increased hunting opportunities for themselves and others, and convenience with their child’s school schedule.

Since establishing a Saturday firearms deer opener in 2019, the Game Commission has closely monitored the impacts of the change. Previous survey work showed the switch to a Saturday opener helped spur increased hunting license sales in 2019-20, a year when most states experienced decreased sales. Hunting license sales increased again in 2020-21 and remain higher compared to last license year with a Monday opener. The newly unveiled survey continues the Game Commission’s study of impacts of a Saturday opener.

While the survey made clear hunter opinions about the opening day of firearms deer season, it’s important to note, too, that the shift to a Saturday opener didn’t impact deer hunting for most.ccording to the survey, 62 percent of hunters said the change had no impact on their hunting. Meanwhile, 25 percent of hunters said it had a positive impact on their hunting, while only 11 percent – less than half as many – said it had a negative one.

The survey also found a majority of hunters – 60 percent – hunted on the Sunday after Thanksgiving, the second day of the firearms deer season.

The results of the study on the Saturday opener are consistent with a separate study performed by the Game Commission that looked into “lapsed hunters,” meaning those who stopped purchasing licenses for a one year or more, but bought a hunting license in 2020.

on Human Dimensions Specialist Dr. Coren Jagnow and also presented to the board today, found that those who returned to hunting in 2020 said the Saturday opener had a positive impact on their decision to buy a license. Specifically, 53 percent of respondents agreed or strongly agreed that they started to hunt again in 2020 because the firearms deer season now opened on Saturday.

In addition, having the opening two days of firearms deer season on a weekend seemed to be especially appealing to this group. Their attitudes about and participation on those Sundays were highly correlated with their agreement that the Saturday opener encouraged them to hunt again.

Those who said they reactivated because of the Saturday opener also were more likely to say they started hunting again either because their child or grandchild asked them to go hunting or because they were invited by family and friends.

Commissioner Scott Foradora, who represents District 3 in northcentral Pennsylvania, said both studies provide yet more concrete evidence the Saturday opener is more convenient for the majority of hunters, and good for Pennsylvania deer hunting overall. That outcome is what the board was hoping to achieve in making the change three years ago, he said.

Cattaraugus County in NY state has  205 total deaths reported an increase of 4). Allegany County has  held steady at 142 total deaths (up 2).