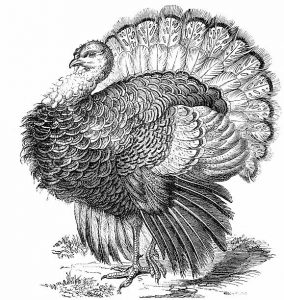 Bad roads are blamed for a couple of area accidents recently. State police at Ridgway report a 17 year old Benezette boy escaped injury on January 9 when his  2008 Dodge Ram spun across Route 555  in bad weather when he braked and hit an embankment. The youth was wearing a seatbelt. The driver of a 2012 Honda Accord also escaped injury in a Tioga County accident. State police at Mansfield said the car slid off of Route 15 in Liberty Township after hitting a patch of ice and collided with a snow bank. Since the car could be driven from the location and there were no injuries, it is considered a “non-reportable” crash.

The state Health Department reports the number of deaths in the Black Forest Broadcasting Service area to date are:
Cameron 16 (up 1)
Elk 83 (up 1)
McKean 121

The Galeton Borough Authority was awarded a low-interest loan of $353,908 to better ensure clean water for its customers, according to Rep. Clint Owlett (R-Tioga/Bradford/Potter).
The project is the result of a consent order and agreement between the authority and the Department of Environmental Protection to provide automatic monitoring of treated water quality, alarms and automatic shutdown of water treatment facilities to prevent the delivery of improperly treated water.
The system serves 462 households located primarily in Galeton Borough, as well as a few in two adjacent townships.
Residential user rates are not expected to increase as a result of the project.
The money was awarded by the Pennsylvania Infrastructure Investment Authority (PENNVEST), whose mission includes funding sewer, storm water and drinking water projects throughout the Commonwealth that contribute to improving the environment and public health, as well as provide opportunities for economic growth and jobs.

Statewide
The Game Commission is asking for the public’s help finding turkeys to trap for ongoing and new turkey projects.
The agency is encouraging Pennsylvanians to report the location of any turkey flocks they see between now and March 15. Information is being collected online at https://pgcdatacollection.pa.gov/TurkeyBroodSurvey.
Visitors to that webpage will be asked to provide the date of the sighting, the location, and the type of land (public, private or unknown) where birds are seen, among other things.
Game Commission crews will assess sites for the potential to trap turkeys. Turkeys will not be moved; they’ll simply be leg banded and released on site. In four Wildlife Management Units (WMUs) a sampling also will be outfitted with GPS transmitters, then be released back on site, to be monitored over time.
Trapping turkeys during winter is part of our ongoing population monitoring as well as the launch of a large-scale hen study.
Just like the last two winters, the Game Commission will put leg bands on male turkeys statewide. Hunters who harvest one of those turkeys, or people who find one dead, are asked to report the band number by either calling the toll-free number or emailing the email address on the band.
New this year, the Game Commission will put GPS transmitters on 100 hens – 25 each in WMUs 2D, 3D, 4D and 5C – spread across all six regions of the state. The four study areas have different landscapes, turkey population densities, and spring hunter and harvest densities.
Those studies are being done in partnership with Penn State University and the University of Pennsylvania’s Wildlife Futures Program.
The population and movement portion of that work is looking at how landscape and weather impact hen nest rates, nest success, poult survival, predation, habitat use and movement. The disease portion of the study is examining how disease prevalence varies based on landscape and impacts things like the survival and nesting rates of hens of different ages.
Game Commission crews will collect various samples – blood, tracheal, feces and skin – from hens that receive backpack-style transmitters at the time of capture, too, for disease analyses.
Approximately 100 additional transmitters will be deployed each winter through 2025, so that in the end – with transmitters from hens that die being recovered and re-deployed – the Game Commission will be monitoring 400-plus transmittered hens.
Researchers from Penn State University and the University of Pennsylvania’s Wildlife Futures Program will interpret the data collected. Biologists from Maryland and possibly another state wildlife agency will join the project next year, as well.
More than 3,800 people, on average, submit Wild Turkey Sighting Survey reports each summer. That information plays a key role in tracking annual turkey reproduction across the state, according to officials.