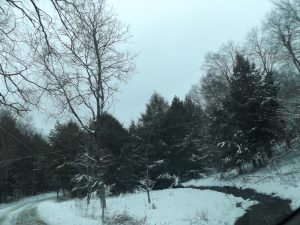 A Franklin, PA driver was cited for speeding after a one-car accident Sunday evening in Highland Township, Elk County. According to state police at Ridgway, Gilberto Rivera was going south on snow covered Route 66 when his Jeep Renegade went out of control and collided with a guard rail. Rivera re-directed the SUV causing it to cross the road and come to rest in a ditch.

DUI charges are being filed against 59 year old Ronald Polaski of Johnsonburg by state police at Ridgway. Troopers claim when they stopped his 2011 GMC Sierra on the Ridgway/Johnsonburg Road Sunday afternoon for several traffic violations, he was found to be driving under the influence.

Icy road conditions are blamed for a one-vehicle crash on the morning of January 9 in Tioga Township, Tioga County.  State police at Mansfield report Wayne Balcerzak of Lockport, NY lost control of his International Harvester Scout while going south on Route 15. The SUV skidded off the road and hit an embankment and guard rail before stopping. The road was closed for a time after the crash and police noted there were several icy patches on the highway at the time.

The Pennsylvania Emergency Management Agency (PEMA) and Pennsylvania State Police (PSP) are urging residents with older cell phones to prepare for the phase out of 3G cellular networks and service in 2022.”The best plan of action is to contact your service provider to determine if your devices are compliant,” said PEMA Deputy for 911 Jeff Boyle. “It’s important to plan now so you don’t lose connectivity.”The nation’s three major wireless carriers (AT&T, Verizon and T-Mobile) have announced to shut down their 3G networks to accommodate more advanced services, including 5G, as early as February 2022. As a result, many older phones will be unable to make or receive calls and text messages or use data services. This may also affect other devices that rely on 3G connectivity, such as medical alert devices, tablets, smart watches, home security systems, and in-vehicle safety, security, and roadside assistance systems. 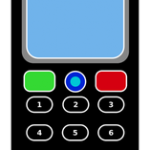 “If your mobile phone is more than a few years old, you may need to upgrade your device before your provider shuts down its 3G network and you lose service – including the ability to call 911,” said Lt. Adam Reed, PSP Communications Office Director. “During an emergency, every minute counts whether you need police, fire or medical assistance.”

Most users of these services will be notified directly by the carriers if this discontinuation affects them. However, users of older phones that are used only for 911 connectivity may not receive the notification if they do not have active service with a carrier. Organizations that serve individuals experiencing homelessness or survivors of domestic violence sometimes provide clients with older phones without a service plan for making emergency calls. Users of these types of 911 only phones should check with the organization that provided the phone about their options.

Low-income individuals concerned that their 911 only phones will no longer be supported should consider applying for service through the Federal Communications Commission’s Lifeline program. Information about eligibility, participating providers, and the application process can be found at https://www.lifelinesupport.org.

Approximately 70 percent of 911 calls in Pennsylvania are made from a mobile phone each year, either by a voice call or a text message. Text-to-911 is not yet available in all counties. You can find the status of text-to-911 service in the county where you live or work online.

While voice calls to 911 are always preferred, there are situations where texting may be necessary:

Making noise may endanger the caller;

Someone is suffering a medical emergency that makes them unable to speak; or

Individuals have speech or hearing impairments.

In Pennsylvania, each county is responsible for providing 911 service within their jurisdiction through a centralized Public Safety Answering Point (PSAP) where all incoming 911 calls are received and dispatched to the appropriate local police, fire, or emergency medical service responders.

Pennsylvania has 61 PSAPs serving 67 counties. A county may provide 911 service through participation in a regional 911 system.

Black Forest has transitioned  from reporting confirmed  Covid cases to deaths, a more realistic measure that does not contribute to hysteria. The whole state of Pennsylvania realized 36 more deaths between Friday and Tuesday. The number of deaths in the Black Forest Broadcasting Service area remained steady at: