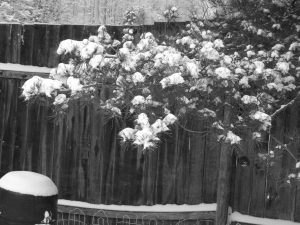 Florida resident arrested in Tioga County for theft….suspected thief will not be prosecuted in Tioga County….ID theft investigated by state police at Ridgway….Turtlepoint woman arrested for physical harassment…Legislative hearing tomorrow on rural health care will be virtual instead of in-person…

State police at Mansfield arrested a Lauderhill, Florida resident for theft after a one-vehicle “non-reportable” crash Sunday evening in Tioga Township, Tioga County. Troopers say 21 year old Legend Taylor’s 2006 Honda crashed after spinning off of icy Route 15. When police investigated, they found the car had a stolen registration plate attached. Taylor was allegedly found in possession of drugs and paraphernalia. He was taken to the Tioga County Prison after arraignment. The victim is listed as a 54 year old Rochester, NY woman.

A Tioga County burglar will not be prosecuted at the request of the victim. State police at Mansfield explained the suspect entered a home on West Highland Avenue last Friday night between 7:15pm and 8:20 pm and drove off in a 2004 Cadillac with a Lenvo laptop computer valued at $1300, an Emerson 32 inch flat screen TV valued at $200 and an electric guitar valued at $500. The suspect’s identity was found through the investigation and all of the items were recovered and returned to the 27 year old Elkland man.

A one-car crash last Friday afternoon in Tioga Township, Tioga County resulted in minor injuries for a Lawrenceville motorist. According to Mansfield state police, Robert Demelfi lost control of his 2008 Mazda when he reached for something on the passenger side of the car, causing it to veer off of Route 15 and strike a guardrail. The car continued going south and struck the guard rail again. When Demelfi overcorrected, the car crossed both lanes of the highway, and collided with a concrete barrier. The car continued on and hit the barrier again before spinning across both lanes and traveling backwards into the guard rail. Demelfi was arrested for careless driving.

A  20 year Smethport man has been arrested for drug possession. Lewis Run state police claim when they stopped a 2007 Ford on Vavalo Drive in Bradford last Thursday morning, a passenger was reportedly found in possession of a controlled substance and related drug paraphernalia.

An ID theft is being investigated by state police at Ridgway. A thief stole $872.77 by illegally using a Visa debit card 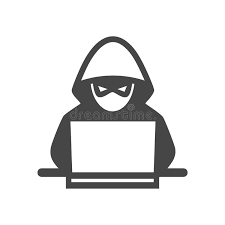 Troopers at Ridgway are also investigating the theft of lost or mislaid property. A 21 year old Kane woman told police someone stole a pair of teal crocs between December 24 and January 14. The shoes are valued at $50.

A hit and run occurring in parking lot of the St. Marys Community Medical Building Friday morning has been investigated by troopers at Ridgway. While backing  up from a parking spot, the unknown unit hit a 2014 Chevrolet Silverado and the driver left the scene without reporting the damage.

DUI charges are pending against a 33 year old Weedville woman after troopers stopped her 2012 Kia Soul on S. Michael Street in St. Marys early Saturday morning. Authorities allege they determined the suspect, whose name was withheld, had been drinking alcohol.

DUI charges are also pending against a 35 year old Byrnedale man after patrol officers stopped his 2015 Jeep on Queens Road in St. Marys early Sunday morning for traffic violations. He was taken to Penn Highlands Elk for a blood draw.

A Turtlepoint woman has been arrested for physical harassment in connection to a domestic violence incident Sunday afternoon on Plunkett Road in Annin Township, McKean County. Troopers allege the 39 year old woman whose name they did not divulge, had assaulted a 37 year old Turtlepoint man during an argument.

Coudersport based state police are charging a Whitesville, NY woman for drug possession. Troopers were called to 620 Pleasant Street in Ulysses Sunday evening for a drug overdose. They discovered there was no overdose but allege they found 23 year old Ruth Foth in possession of a controlled substance and drug paraphernalia.

Members of the public who may have been planning to attend the hearing in person should instead watch it live at www.PAGOPPolicy.com. It will begin at 9:30 a.m. Wednesday, Jan. 19.

The change to a virtual format is due to concerns about the increased spread of COVID-19 and winter weather that will impact in-person attendance by members from other areas of the state. In the last two weeks, McKean County has seen as many as 70-80 new cases of COVID-19 per day. Causer, who is fully vaccinated, was among those testing positive for the virus late last week and has been quarantining at home during his recovery.

Others are invited to submit written testimony about their concerns or suggestions. Testimony may be dropped off at any of Causer’s district offices in Bradford (78 Main St.), Coudersport (107 S. Main St.) or Kane (55 Fraley St.), or it may be emailed to slindner@pahousegop.com.

Due to the Martin Luther King Jr. holiday, the state department of Health did not update Covid information. Black Forest is transitioning from reporting confirmed  Covid cases to deaths, a more realistic measure that does not contribute to hysteria. The number of deaths in the Black Forest Broadcasting Service area are: