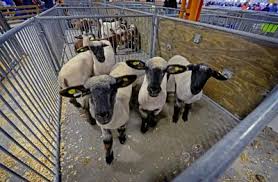 No one was hurt when an SUV and school bus collided Tuesday afternoon in Lafayette Township McKean County. State police explained the collision occurred when the bus driver Kevin McMurtrie of Bradford overshot the Roberts Road while trying to turn south. He backed up and hit the front of a 2021 Jeep Compass driven by Brandi Rogers of Eldred which had stopped behind the bus. Both drivers, and six students ranging in age from 11 to 16 were unhurt.

Both McKean County men involved in a scuffle are facing physical harassment charges in district court. State police allege an argument between a 55 year old Smethport man and a 24 year old Bradford man on Route 46 in Norwich Township Tuesday afternoon escalated to the point of becoming  physical.

A theft by wire fraud victimizing a McKean County resident is being investigated by state police at Lewis Run. The Liberty Township woman told authorities she had been scammed by an unknown criminal over the phone. Again, police advise residents to avoid giving out personal information over the phone.

A Trout Run driver received minor injuries Monday night when his passenger car was sideswiped by a tractor trailer in Liberty Township, Tioga County. Mansfield based state police report Sloane Waltz and the rig were traveling on Route 15 when Waltz tried to overtake the semi in the right lane. The tractor trailer drifted into the left hand lane and side swiped Waltz’s Subaru Legacy. The truck driver continued on without stopping. The car came to rest on the eastern shoulder.

State police at Ridgway have charged a 30 year old Wilcox man with drug possession after assisting the Elk County Sheriff’s department at 254 Old Kane Road in Jones Township Tuesday evening. The suspect, whose name was not released, was allegedly found in possession of suspected fentanyl and drug paraphernalia.

DUI charges are pending against 42 year old Erica Simms of Limestone, NY after  troopers stopped her 2016 Chevrolet Traverse on Smith Lane in Wetmore Township early last Saturday morning. She was allegedly found to be driving under the influence of alcohol.

A Clearfield driver is also facing DUI charges. Scott Kessler, 23, was arrested on the afternoon of November 26 when troopers stopped ghis 2013 Toyota Tacoma on the Penfield Road in Fox Township, Elk County.

State police at Emporium have cited Fuel On located in that town for failing to control its alarm system. Troopers allege there have been six false alarms at the business occurring within a consecutive 12 month period. The sixth alarm was sounded this past Tuesday.

Locations for this work are Route 6 in the Sweden Valley area and Route 44 north of Coudersport in Eulalia and Hebron Townships.

Work could begin as early as Monday, January 17 and is expected to last for several weeks. Work will occur on weekends if necessary.

Tree trimming and tree removal provide “daylighting” to the roadway, allowing sunlight to speed snow and ice melt during the winter months. It also enhances sight distance at some locations and lessens the potential for old and dead trees to fall onto the road.

Motorists may encounter short delays as roadway flaggers enforce an alternating traffic pattern during this operation. Drivers should remain alert for flaggers and stopped or slowed traffic.

All work will be done during daylight hours and is weather dependent. Patriot Tree Surgeons of Allentown, PA is the contractor for this job.

Motorists are encouraged to “Know Before They Go” by checking conditions on more than 40,000 roadway miles by visiting www.511PA.com. 511PA, which is free and available 24 hours a day, provides traffic delay warnings, weather forecasts, traffic speed information and access to more than 1,000 traffic cameras.

511PA is also available through a smartphone application for iPhone and Android devices, by calling 5-1-1, or by following regional Twitter alerts accessible on the 511PA website.

The Pennsylvania Farm Show continues today and tomorrow in Harrisburg. Today’s events include:

The Pennsylvania Department of Health reports there are now 1,962,533  confirmed Covid cases in the state. Confirmed cases in the Black Forest Broadcasting Service area :

Black Forest is transitioning from reporting confirmed cases to deaths, a more realistic measure that does not contribute to hysteria. The number of deaths to date  in the Black Forest Broadcasting Service area are:

Cameron and Elk Counties had one additional death this week.

Across the border in New York state: