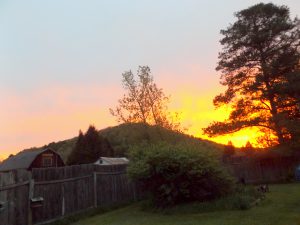 State police at Coudersport have charged 22 year old John Post of Shinglehouse with terroristic threats, simple assault and harassment in connection to an incident allegedly taking place  last Monday, December 27, on Pinney Street in that town. The victim is listed as a 47 year old Shinglehouse woman.

A Buffalo, NY driver was  cited for speeding after a one-vehicle crash last Tuesday evening in Pike Township, Potter County. Coudersport state police report Edward Taber was going east on Route 6 when his GMC Sierra veered across the road and flipped over onto the driver’s side before stopping. Taber and his passenger, River Kyler of Kingston, PA declined treatment for minor injuries.

A known suspect is believed to have stolen an Echo chainsaw valued at $450 and a generator valued at $250 from a residence on Scoville Hill Road in Allegany Township, Potter County on Christmas Eve. The equipment is owned by a 43 year old Genesee man. Authorities did not release the name of the suspect but say the investigation is continuing.

A burglary at a home located at 4531 Cherry Springs Road in West Branch Township, Potter County last Tuesday afternoon is being investigated by troopers at Coudersport. An unknown suspect entered property belonging to Joe Ayers and fled in an unknown direction.

The charges followed a search of the vehicle which yielded approximately 1 pound of marijuana and numerous other items including dozens of small baggies and a grinder.

Newburg was arraigned by on-call Magisterial District Judge Dominic Cercone who set bail at $10,000 straight and Newburg was remanded to the McKean County Jail.

The grants fall under the Department of Conservation and Natural Resources (DCNR) Community Conservation Partnerships Program. Funding comes from the Keystone Fund, which is generated from a portion of the realty transfer tax, the Environmental Stewardship Fund, fees for ATV/Snowmobile licenses, and federal monies.

The grants will support a variety of proposals including: 152 projects to rehabilitate or develop recreation, park, and conservation areas and facilities; protect approximately 4,400 acres of open space; 180 acres of streamside forest buffers; and 48 non-motorized and motorized trail projects.

Pennsylvania has more than 6,200 local parks and 121 state parks, more than 12,000 miles of trails, and more than 83,000 miles of waterways. Together with more than 2.2 million acres of state forests, the commonwealth has among the largest expanses of public lands in the eastern United States that offer outdoor recreation opportunities in all four seasons.

Elk County Riders Inc., $47,000, Design for the development of approximately 0.1 miles of the Byrnedale

Ridgway Borough, $19,600, Prepare a trail study for the development of approximately 8 miles of the ClarionLittle Toby Trail in Ridgway and Johnsonburg boroughs and Ridgeway Township in Elk County. Work to

renovation of basketball and tennis/pickleball courts; construction of pedestrian walkway; installation of play

County. Work to include construction of plaza, pedestrian walkway and parking area; installation of

Potter County ATV UTV Club, $98,000, Prepare a trail study for the development of an ATV trail system in

Tioga County, $33,900, Payment toward the acquisition of approximately 20.86 acres in Delmar Township,

Tioga County to provide approximately 0.3 miles of trail for the development of the Marsh Creek Greenway

Tioga County, $585,400, Development of the Marsh Creek Greenway Trail in Delmar Township and

Wellsboro Borough, Tioga County. Work to include construction of approximately 1.85 miles of trail from