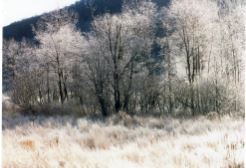 State police at Mansfield have charged Christopher Allen (no address or age provided) with motor vehicle theft. Authorities claim Allen took a 2003 Chevrolet and a 1992 Ford from property on Marsh Creek Road owned by Dora Reese of Wellsboro without her permission to sell them for scrap metal. They cars were recovered Tuesday afternoon and the investigation is continuing.

A speeding charge has been filed against 18 year old Kevin Thomason of Bolivar, NY after a one-car crash in Shippen Township Cameron Country. According to state police at Emporium Thomason was going south on Whittimore Raod when his Dodge Charger became disabled after going off the road and striking  an embankment.  The driver and his passengers, a 16 year old Wellsville girl, 18 year old Andrew Pratt of Bolivar18 year old Brisa Mason of Emporium were using seatbelts and were not hurt. Troopers at Ridgway arrested a 37 year old Byrnedale woman for DUI after stopping her 2001 Chevrolet Silverado on the Bennetts Valley Highway during the early morning of November 21.

McKean County authorities have made a slew of recent DUI arrests. Rick Shrubb,  57of Kane was arrested last Thursday evening when his 2013 was pulled over on the Old Smethport Road in Wetmore Township. An unidentified Bradford man was arrested early Friday morning on Kendall Avenue in Bradford. He was allegedly found to be  driving a 2011 Honda Accord without the required ignition interlock device. The 67 year old Lewis Run driver of a 2005 Lexus was cited after being stopped on Main Street in that town Friday night for a traffic violation. Troopers arrested 19 year old D artagnan Fisk of Port Allegany for DUI drug related after he was stopped  for multiple traffic violations on Route 6 in Port early Saturday morning. Police claim they found drug

paraphernalia in his 2005 Honda.   Another Port Allegany man was arrested last Wednesday night for drug possession. Troopers claim 40 year old Daniel DeHaven who was a passenger in a car which was stopped on West Washington Street in Bradford late Wednesday night was found in possession of methamphetamine and related drug paraphernalia. Theodore Kimball, 38 of Bradford, was arrested on South Avenue in Bradford early Saturday morning for driving with a suspended license as a habitual offender. A 23 year old Bradford man was cited after his 2015 Ford Escape was stopped on School Street in Bradford early Friday morning for a traffic violation.

Vandalism in Hamlin Township, McKean County was investigated last week by state police at Lewis Run. Someone slashed all four tires on a 2005 Ford F-150XKLT owned by a 70 year old Hazel Hurst man while it was parked on Main Street last Thursday.

Troopers at Coudersport are looking for three  hand guns missing from a home at 409 Zepher Street in Ulysses. The pistols  have been missing since September 8 and are described as being a Smith and Wesson M&P Shield, FN America and a Smith and Wesson revolver. Anyone with information is asked to call the barracks at 814.274.8690.

The Board of Directors of the Community Foundation for the Twin Tiers has approved the 2021 Potter County Fund grants. The Potter County Impact Fund awarded a total of $1,800.

Boys & Girls Club of Potter County- For the support of programs and services to promote and enhance the development of boys and girls by instilling a sense of competence, usefulness, belonging and influence.

Galeton Ministerium, Inc.- To aid to people in need such as paying utilities, rent, or supplying necessities in case of fire loss.

He also explained how CFTT came to have a piece of Benjamin Franklin’s estate, “The legacy of Benjamin Franklin is one that continues to touch the lives of Americans every day. In his Will, Franklin stated that he wished to be useful even after his death. He left a bequest of 1,000 pounds of sterling silver. The terms of the bequest were that the funds could not be touched for 200 years. Therefore, in 1991, the Commonwealth of Pennsylvania had over 2 million dollars from the estate to distribute. The state felt that the community foundations throughout Pennsylvania had the best sense of each region’s needs.  CFTT received a portion of this financial distribution from Franklin’s estate. At the CFTT, as well as other community foundations in Pennsylvania, the Ben Franklin Trust continues to support areas of need in our community.”

The PA Department of Health has updated Covid-19 information for counties in the Black Forest Broadcasting Service Area.