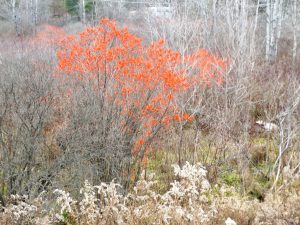 On April 25, 2000, Michael Joseph Auteri’s black Toyota Celica was discovered parked in a remote location along a railroad grade near High Street Extension, Lewis Run Borough, McKean County.  The car had been there for several weeks and was discovered by a High Street resident, who eventually approached the vehicle and ascertained that it belonged to Auteri.  Michael Auteri’s family was contacted, and his brothers came to the scene and searched the vehicle.  Inside, they found what could be interpreted as a suicide note.  At the time, Michael Auteri was wanted for questioning by Coudersport Borough Police Department for an alleged sexual assault.  The area was searched by helicopter and search dogs with negative results.  Michael Auteri was entered as a missing person when it was determined that he was last heard from on April 8, 2000.   Extensive interviews were done with Michael Auteri’s family, girlfriend, neighbors, friends, and co-workers.  These interviews revealed that Michael grew up in Lewis Run and is very familiar with the woods in the area.  Michael Auteri had also attempted suicide in the past, and he owns a Lorcin .380 handgun.  Checks with the local post office over the next year showed that he had not picked up his mail since the beginning of April 2000.  Follow-up with Michael’s banks revealed that he had closed one of his accounts on February 25, 2000, and there was no activity on his other account since November 1999. A Missing Person flyer was generated on June 2, 2000, and displayed for the next three years, with negative results.  Periodic searches were done of the area over the next several years with negative results.  Family members were also interviewed from time to time and stated that they have had no contact with Michael Auteri. Anyone having information on this case is asked to anonymously contact the Pennsylvania Crime Stoppers Toll Free at 1-800-4PA-TIPS (8477) or online at https://www.p3tips.com/tipform.aspx?ID=107 All callers to Pennsylvania Crime Stoppers remain anonymous and could be eligible for a CASH REWARD for information that leads to an arrest, the solving of a crime/cold case or the location of a wanted person/fugitive or missing person. All information is accurate as of Release Date and is subject to change or updated.  Media Release #2262 Date:  Tuesday, April 25, 2000 – 12:00am Case Status: Cold Case Type: Missing Person Case Region: Northwestern Source:  Pennsylvania Crime Stoppers Location:  High Street Lewis Run Mckean County, PA SUBMIT A TIP «»

State police at Ridgway arrested 30 year old David Cooney of St. Marys for drug possession. The charges were filed after troopers stopped his 2010 Hyundai Elantra on the Million Dollar Highway Sunday afternoon. Authorities claim Cooney was in possession of marijuana and related paraphernalia.

Rep. Seth Grove (R-York), chairman of the House State Government Committee, announced today that following the most open and transparent congressional redistricting process in Pennsylvania history, the committee has selected a citizen map as its preliminary congressional plan. The preliminary plan, submitted through the committee’s online mapping tool by Lehigh County resident Amanda Holt, is now posted for public comment.

Holt’s map was one of the 19 verified statewide maps submitted to the committee through https://app.mydistricting.com/legdistricting/pennsylvania/comment_links. To view the preliminary map, residents should visit www.paredistricting.com and click on “Preliminary Map.” There, users will be able to view the map and offer public comments.

Holt’s map was introduced by Grove because it was drawn without political influence; complies with constitutionally mandated criteria; satisfies equal population requirements; limits splits of townships, municipalities and other local subdivisions; and is comprised of districts that are compact and contiguous, all of which were highlighted as priorities by the majority of testifiers and residents throughout the committee’s extensive regional hearings and online public input process.

Grove also announced the House State Government Committee would be holding two meetings in Harrisburg on the preliminary plan:

The meetings will also be livestreamed at www.paredistricting.com.

With so many people donating to charities this time of year, the Pennsylvania Department of Banking and Securities (DoBS) and Pennsylvania Department of State (DOS) are offering tips to help consumers make sure their contributions are going to legitimate charitable organizations. Consumers can protect their contributions and prevent becoming a victim by learning how to identify a charity scam.

High Pressure Solicitation: Fraudsters will try to force a hasty decision by turning up the pressure. They may cold call, identifying you as a previous contributor, and asking for your renewed support or to update your credit card information. These attempts rely on catching consumers off guard to extract financial information.

100% Guarantee – Most people want to ensure that their donations are going toward legitimate program expenses. Every organization has some level of administrative cost, which can include mailing and printing, rent and utilities, staff, or fundraising. An organization that promises that 100% of your funds are going directly to an individual in need might require additional scrutiny.

Donation by Wire Transfer or Gift Card – Legitimate charities will not ask you to make payment via money order or wire transfer. If you are being solicited for a donation and are asked to pay by these means, hang up immediately. A charity may ask for donations of gift cards such as from a grocery store to supply to someone in need. Never read the information from a gift card over the phone or provide it via email. After verifying the legitimacy of the charity, take any physical gift card donation directly to the location of the charity and request documentation of your contribution.

Here are a few tips that can help you avoid being the victim of a charity scam:

You can also check to see if an organization has been subject to corrective action by the Department of State’s Bureau of Corporations and Charitable Organizations by checking its enforcement and disciplinary actions page. Check whether an organization is registered with the Internal Revenue Service as a Tax Exempt Organization: https://apps.irs.gov/app/eos/Opens In A New Window

Groups such as the BBB Wise Giving Alliance, Charity Navigator, and CharityWatch offer information and ratings about charitable organizations.

Don’t feel pressured to make a donation on the spot. Take time to do research before sharing your money or information.

Check websites closely. Charity scams can be vehicles for identity theft by directing victims to fake charity websites where personal and financial information are taken for nefarious purposes.

Avoid wire transfer or money order donations. Any requests for these kinds of payments should be approached with caution.

Direct your payment to the charity. Never make a check payable to an individual; write the check to the verified organization.

If you’ve been the victim of a charity scam, contact the Department of State’s Division of Charities Investigation Unit/Audits at RA-STBEICIU@pa.gov or use the online complaint form .You should also file a report with the Federal Trade Commission at ReportFraud.ftc.gov and contact local law enforcement through non-emergency channels.

For more information, follow @PAStateDept and @PABankingDeptOpens In A New Window on Twitter or on Facebook at PA Department of State and PA Banking and Securities Anyone can contact DoBS at 1-800-PA-BANKS or 1-800-722-2657 to ask questions or file complaints about financial transactions, companies, or products.