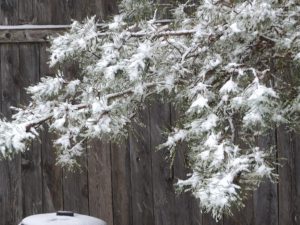 WED-SUNNY, HIGH IN THE MID 40s

A buggy passenger  was hurt in a three-vehicle collision last Thursday evening in Annin Township, McKean County. State police at Lewis Run said the collision occurred when Damion Smith of Eldred failed to see a horse and buggy traveling ahead of his Hyundai Tiburon and ran into the buggy which stopped off the northbound lane when it became disabled. A Kia driven by Justin Komidar of Bradford which was following Smith’s car, also was damaged. The buggy operator, Allen Byler and three young girls, ages 12, 14 and 15 were not hurt but Byler’s wife, Barbara was taken to UPMC Cole for treatment of minor injuries. Smith was cited for following too closely.

A theft occurring November 13 in Liberty Township McKean County was investigated by state police at Lewis Run. A portable heater was stolen from a garage owned by Amber Stuckey of Port Allegany.

A vehicle fire in a wooded area off of Roberts Road in Lafayette Township, a little before9:00 am November 13 remains under investigation. Police at Lewis Run ask anyone with information to call the barracks at 814.368.9230.

Public drunkenness charges have been filed against 20 year old Rieley Conner of Smethport in connection to an incident allegedly occurring at around 5:30 am last Thursday. Troopers were called to the Smethport Car Wash on a report of a man acting erratically and allegedly found Conner standing inside the building with his head against the wall. Authorities claim Conner was under the influence of multiple controlled substances. He was taken into custody and was also charged with disorderly conduct.

Two Kane teenagers have been arrested for physical harassment following a fight on the night of October 30 on the JoJo Road in Wetmore Township. Police claim an argument between Kaylin Reynolds and Courtnee Crum, both 18, escalated into a physical altercation.

Troopers at Lewis Run are investigating another ID theft. Someone used the identify of a 39year old St. Marys man to file a fraudulent unemployment claim last Wednesday.

Minor injuries were reported for a Kersey driver after a one-car accident Sunday afternoon in Fox Township, Elk County. According to state police, a Chevrolet Silverado driven by Paul Holtzhauser went off the right side of the road and collided with a culvert. Holtzhauser was not taken to a medical facility for treatment.

Both people involved in a domestic violence incident early Sunday morning in Austin have been cited for physical harassment. State police allege a 45 year old woman and a 35 year old man subjected each other to unwanted physical contact during an argument on Foster Street.

A Coudersport driver escaped injury in a vehicle fire last Friday afternoon in Oswayo Township. According to state police at Coudersport, Leon Tice was going east on the Eleven Mile Road when a fire started in the passenger side glove compartment on  a Floe International causing disabling damage.

Troopers at Emporium are also probing an ID theft. Someone used the information of a 53 year old Sinnamahoning man to open a checking account illegally between November 1 And 3.

A burglary at a camp on Grove Hill Trail in Gibson Township  Cameron County is under investigation by troopers at Empoirum When 76 year old Ralph Stoltenburg  of Butler arrived at his camp last Friday night he found the door was open.

The Department of Conservation and Natural Resources (DCNR) is inviting vendors to participate in an open forum discussion to determine the most cost-effective and successful way to operate a four-season recreation center at Denton Hill State Park.

The open forum is scheduled for 10:00 A.M., Thursday, December 16, and will take place in the ski lodge at Denton Hill State Park, Route 6 in Ulysses.

The open forum is reserved for vendors interested in becoming prime contractor candidates for future outdoor recreation operations at the state park.

A tour of Denton Hill facility will be conducted immediately after the open forum.

DCNR strongly encourages interested vendors to participate in this tour to assess the condition of the facility and gain a better understand of the public-private partnership potential at Denton Hill.

Denton Hill is located along Route 6 in Ulysses Township, Potter County, in the Pennsylvania Wilds.

The park was developed by DCNR as a specialized ski area in the early 1950s. The downhill ski area has been closed since the winter of 2014.

A new master plan for the park includes infrastructure improvements and positions a concessionaire to grow recreational opportunities across all four seasons.

Interested parties should confirm their attendance by contacting Judy Deiter, the issuing officer, at 717-705-3958.

There are 3,097 individuals hospitalized with COVID-19. Of that number, 734 patients are in the intensive care unit with COVID-19.

Between 11:59 p.m. Thursday, Nov. 18 and 11:59 p.m. Sunday, Nov. 21, there were 106 new deaths identified by the Pennsylvania death registry, reported for a total of 32,931 deaths attributed to COVID-19. County-specific information and a statewide map are available on the COVID-19 Data Dashboard.

In licensed nursing and personal care homes, there have been a total of 67,679 resident cases of COVID-19 to date, and 49,237 cases among employees, for a total of 116,916 at 1,667 distinct facilities in all 67 counties. Out of total deaths reported to PA-NEDSS, 15,068 have occurred in residents from nursing or personal care facilities. A county breakdown can be found here. Note that the number of deaths reported to NEDSS is not exactly the same as the COVID-19 related deaths reported by the death registry. The number of deaths among nursing and personal care home residents and employees is taken from the PA-NEDSS death data, as this information is not available in the death registry data.

Approximately 33,231 of total cases have been among health care workers.

Raymond A. “Corky” ADAMS, III, 76, of Ulysses, PA, formerly of Hamburg, died Saturday, November 20, 2021 in UPMC Cole, Coudersport.  Born September 26, 1945, in Reading, he was the son of Raymond “Bobby” and Helen Folk Adams.  On March 1, 2019, Galeton, he married the former Christine Waninger Liebensperger, who survives.  Corky was a self-employed painting contractor, working mostly for the Blue Mountain Reading and Northern Railroad in Hamburg.  An avid hunter and fisherman, he was a member of the Hamburg Game Association and the Hamburg Rod & Gun Club.  He was a social member of Carl E. Hyde American Legion Post #963, Hamburg VFW, Port Clinton Fire Company and a life member of Rainbow Hose Company No. 1 in Schuylkill Haven.  Surviving besides his wife, Christine, are:  a daughter, Jessica Harley of Shoemakersville;  and a sister, Carleen Ladden of Lehighton.  In addition to his parents, he was predeceased by a brother, James Ladden.  Services will be private.  Arrangements are under the direction of Olney-Foust Funeral Homes & Crematory, Ulysses, PA.  Online condolences may be expressed at www.olneyfoust.com.