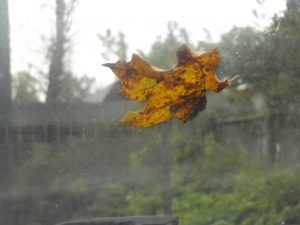 Mansfield based state police are investigating the theft of a trailer loaded with automotive equipment from a dealership…..Elkland resident arrested for robbery….DEP releases recycling guide….More than 73% of state residents vaccinated….

Troopers at Mansfield are investigating the theft of a trailer loaded with auto parts from a used Richmond Township dealership. A 31 year old Hughesville man told police he parked his personal trailer in the Blaise Alexander dealership last Friday afternoon. The trailer had two small block 350 engines and two 350 turbo transmissions. It is described as being a black 8’x5’  Carmate utility trailer with raised wooden sides. One of the 350 engines was a burnt orange Jasper engine. The other was a generic 350 engine but did have a teqam |G stamp on the manifold. One of the transmission was black and the other was silver. Security camera footabe filmed a dark colored late model SUV pulling out of the lot at around 1:30 am after it was seen arriving at about 12:50 pm Friday. The equipment is valued at approximately $4600. Anyone with information is asked to contact state police at 570.662.2151.

following a preliminary hearing. Seth Sevick is accused of entering a home on Bender Lane in Elkland just before 2:00 am October 24 and hitting a 21 year old Elkland man in the face before stealing a safe and its contents. Stolen property is valued at $230. Sevick is also charged with simple assault, harassment, and burglary.

A 55 year old Wellsboro woman has been charged with physical harassment by state police at Mansfield. Authorities allege the suspect shoved a 48 year old Lawrenceville woman during an argument on Pheasant Hill Road in Delmar Township, at around 10p November 1.

Both men involved in a dustup on the evening of September 14 on Mitchell Creek Road in Tioga Township. Harassment charges have been filed against a 68 year old Allentown resident and a 21 year old Tioga, PA man.

A Criminal mischief taking place last Friday afternoon is being probed by state police at Mansfield. Vandals damaged and removed panels from a shed belonging to a 61 year old Mansfield woman. A wooden door was damaged in the amount of $50.

DUI charges are pending against a Wellsboro driver after a one-vehicle crash last Monday in Middlebury Township. State police Donald Richardson was under the influence of alcohol and a controlled substance when his Honda Pilot went off of Route 249 and hit a fence and tree before rolling onto its right side. Richardson was not hurt.

Speeding charges  have been lodged against a Warren teenager after a one-vehicle crash Sunday afternoon on the Montmorenci Road in Jones Township Elk County. State police say Aubrianna Navorli, 19, was going south when her Toyota Rav slid off the road and hit an embankment head-on. Both the driver and her passenger, Paige Rafalski, 18, were using seatbelts.

A 22 year old Kane man has been arrested on drug possession charges. State police at Lewis Run explained when they investigated a vacant disabled vehicle on Route 66 in Highland Township Sunday afternoon, they smelled a strong odor of marijuana. Nicholas Young later showed up and allegedly gave permission for officers to search his 2003 Chevrolet Impala and drug paraphernalia was found in the car.

State police at Coudersport have not released details about a one-car roll over taking place Monday afternoon about four miles north of Route 6 on Fishing Creek Road in Roulette Township. One person was reportedly injured but it usually takes several days for Coudersport to provide information.

The Pennsylvania Department of Environmental Protection (DEP) has released a simple guide to help residents and businesses understand recycling in Pennsylvania called “Guidelines for Recycling in Your Community.” The booklet helps Pennsylvanians to recycle correctly by finding recycling programs in their local area, learning their local rules, and following them to maximize the social, environmental, and economic benefits of recycling.

The booklet is available to download at dep.pa.gov/recycling. Print copies of the booklet will be distributed at upcoming public events such as the 2022 PA Farm Show and will be available through DEP’s six regional offices (dep.pa.gov/regions).

Recycling generates tremendous environmental and financial benefits for Pennsylvania. Because of recycling, nearly 10 million metric tons of carbon dioxide emissions are avoided every year, or the equivalent of removing 2.15 million (or 25% of) vehicles from Pennsylvania roads annually.

The Pennsylvania Department of Health today confirmed that between 11:59 p.m. Thursday, Nov. 11 and 11:59 p.m. Sunday, Nov. 14, there were 14,001 additional positive cases of COVID-19. The statewide cumulative case count also includes 15,414 reinfection cases from the 66 counties outside of Philadelphia County, including older cases which occurred throughout the course of the pandemic. This brings the statewide cumulative total cases to 1,648,285.

The 15,414 reinfection cases are being included, because the national case definition was revised in 2021 and is being implemented in Pennsylvania this month. Under the new national definition, an individual who tests positive more than once at least 90 days apart would be counted more than once. Before the national definition update, Pennsylvania and Philadelphia were reporting positive individuals only once. Reinfection cases for Philadelphia County were reported on Wednesday, Nov. 10.

There are 2,694 individuals hospitalized with COVID-19. Of that number, 614 patients are in the intensive care unit with COVID-19.

Between 11:59 p.m. Thursday, Nov. 12 and 11:59 p.m. Sunday, Nov. 14, there were 132 new deaths identified by the Pennsylvania death registry, reported for a total of 32,411 deaths attributed to COVID-19. County-specific information and a statewide map are available on the COVID-19 Data Dashboard.

According to the CDC, as of Sunday, Nov. 14, 73.2% of Pennsylvanians age 18 and older are fully vaccinated.

Pennsylvania’s vaccine dashboard was updated Oct. 27 to more accurately reflect the number of people who are partially and fully vaccinated and account for the additional doses administered to residents in each county outside of Philadelphia. Vaccine providers have administered 14,638,258 total vaccine doses, including 1,146,079 additional doses (which includes additional shots for immunocompromised individuals and booster shots).

6,540,667 people are fully vaccinated; with 155,257 vaccinations administered since Friday and a seven-day moving average of more than 48,100 people per day receiving vaccinations.

The department has deployed a new algorithm for categorizing cases as residents or employees in licensed nursing and personal care homes. With the below breakdown, there is a one-time overall increase in cases of 17,810.

Approximately 32,833 of total cases have been among health care workers.