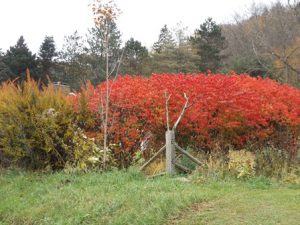 THU-CLOUD, HIGH IN THE MID 50s

FRI-PARTLY CLOUDY, HIGH IN THE 50s

McKean District Attorney Stephanie L. Vettenburg-Shaffer reports that, by Order filed September 3, 2021, the Pennsylvania Superior Court has affirmed the conviction and sentence of Christopher Ryan Yohe.  Yohe was convicted after a jury trial in August of 2019 of Rape, Burglary, Aggravated Indecent Assault, Unlawful Restraint and other crimes.  The case was investigated by Foster Township Police Officer Shaun McDonald.  DA Vettenburg-Shaffer prosecuted the case on behalf of the Commonwealth.  Following the conviction, the judge sentenced Yohe to a term of imprisonment of 10  years to 20 years in State Corrections.

Coudersport based state police have charged  50 year old Kevin Spencer of Jamestown, NY with  DUI and drug possession after stopping his 2014 Honda Accord on North Main Street  in Coudersport  during the early morning of September 26. Police claim they found Spencer in possession of drugs.

Troopers arrested 24 year old Tye Learn of Shinglehouse for DUI also that same morning when they stopped his 2017 Chevrolet on West Honeoye Street in Shinglehouse. Authorities claim he had been driving under the influence of alcohol.

Several area motorists have had car/deer collisions recently. Andrew Good of Elizabethtown, PA was going  south on Route 449 when his GMC Sierra hit a deer on the Gold Road Friday night in Allegany Township, Potter County. Both Good and his passenger, Troy Eichenlaub of Mifflingburg, PA were using seatbelts.

After hearing from local fire companies that were blindsided by fees and audits on fundraising efforts, Rep. Torren Ecker (R-Adams/Cumberland) introduced legislation to aid volunteer fire companies by ensuring more money raised through fundraising actually goes to the companies.House Bill 1973 would exempt volunteer fire companies from certain audit requirements and reduce fines imposed under current law.Current law states charitable organizations soliciting contributions must annually register with the Department of State’s Bureau of Charitable Organizations. The use of a third-party professional fundraiser for something as simple as preparing “mailers” automatically triggers the requirement for an independent audit or review of financial statements.The Department of State already allows for an exemption from the registration if fundraising activities must be carried out by members or volunteers of the charitable organization.
House Bill 1973 is in the House Finance Committee.

According to the CDC, as of Monday, Nov. 8, 72.5% of Pennsylvanians age 18 and older are fully vaccinated.

6,500,759 people are fully vaccinated; with 52,279 vaccinations administered since yesterday and a seven-day moving average of more than 44,900 people per day receiving vaccinations.

In licensed nursing and personal care homes, there have been a total of 79,530 resident cases of COVID-19 to date, and 17,531 cases among employees, for a total of 97,061 at 1,644 distinct facilities in all 67 counties. Approximately 32,840 of total cases have been among health care workers.