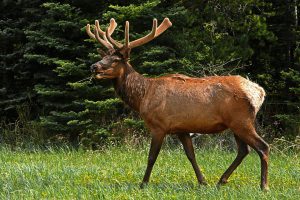 THU-SHOWERS TAPER OFF,  EARLY HIGH OF 66

Troopers are also are investigating a report of child abuse 21 Canada Hollow  Road in Sharon Township on the afternoon of September 16.

o Buffalo, NY men were arrested by state police at Lewis Run on drug possession charges. Troopers allege when they stopped a 2018 Chevrolet Cruze on North Bennett Street in Bradford on the night of August 18, they found 22 year old Darius Embry and 28 year old Jose Robinson in possession of multiple controlled substances and drug paraphernalia.

A Duke Center man has been cited for trespassing at the Otto-Eldred School. When state police responded, they discovered 49 year old William Cabisca was the subject of a felony warrant. He was transferred to the McKean County Jail.

DUI charges are being filed against a 44 year old Johnsonburg man by state police at Emporium. Troopers claim when they stopped the suspect’s 2004 Chevrolet Suburban on Route 120 near Moore Hill Road early Sunday morning they found he was driving under the influence of alcohol.

A case of agricultural vandalism is being investigated by state police at Emporium. Culprits damaged a cement/stone spring box on property along Plank Road Hollow in Shippen Township owned by Suzanna Greif.

Troopers are also continuing to investigate shots being fired inside an occupied building on Route 46 in Shippen Township Cameron County just before noon on August 31.

State police Ridgway investigated the theft of a “Trump 2020” sign belonging to Lori Overturf of Byrnedale Tuesday night and the identity information belonging to a 67 year old Wilcox man to make a fraudulent claim for unemployment compensation.

Both elderly drivers escaped injury in a collision Sunday morning in Benezette, PA. Police did not release details but say a 2008 Jeep Wrangler driven by 80 year old Guy Gerhart of Benezett and a 2004 Ford F-150 XLT driven by 80 year old Albert Kalina of N. Versailles, PA collided when Gerhart failed to use a turn signal. A passenger in the Kalina unit, 76 year old David Hardy of E. McKeesport was slight injured but did not require treatment.

Two Kersey men, ages 39 and 29 have been arrested for harassment in connection to an altercation Monday evening on Main Street in Fox Township.

The Pennsylvania Game Commission is hosting an open house to inform the public about Chronic Wasting Disease (CWD), which poses a serious threat to the state’s white-tailed deer and elk.The event is set for 6 p.m. on Wednesday, Sept. 29, at Russell Volunteer Fire Co., 111 Perrigo Lane, Russell, PA 16345.

CWD, which is always fatal to the deer and elk it infects, was first detected in Pennsylvania in captive deer in 2012 and in wild, free-ranging whitetails a few months later. Since then, CWD has been detected in 730 whitetails. No Pennsylvania elk have ever tested positive for the disease.

To limit the spread of CWD, the Game Commission has enacted special regulations in several spots around Pennsylvania. These areas are known as Disease Management Areas (DMAs) and the Established Area (EA).

There are four DMAs across the state. The newest, DMA 5, was created in 2021 in response to a CWD-positive deer found on a captive facility. It covers 212 square miles completely within Warren County.

The EA is a smaller portion of DMA 2. It accounts for roughly 90 percent of all CWD cases detected in Pennsylvania to date.

The goal of the special rules within the DMAs and the EA – which include bans on feeding deer, using or possessing cervid urine-based attractants, and moving high-risk deer parts – is to limit the spread of the disease.

Hunters are also prohibited from bringing high-risk parts – brains, spinal columns, backbones, lymph nodes and more – back into Pennsylvania from any other state or Canadian province.

Those who want to learn more about CWD, how it is spread, the regulations within DMAs and the EA, what they must do if they harvest and/or plan to have mounted a whitetail in a DMA or the EA, who harvest a deer, elk or moose outside Pennsylvania, and what they can do to help fight CWD are encouraged to attend the Sept. 29 event.

Visitors to the open house will be able to check out various educational stations at their own pace. Game Commission staff will be on hand at each to offer information and answer questions.

A map showing the exact location and boundaries for each DMA and the EA is available on the Game Commission website, www.pgc.pa.gov. Click “Chronic Wasting Disease” under “Quick Clicks.” That link also provides lots of other CWD information.

There are 2,421 individuals hospitalized with COVID-19. Of that number, 609 patients are in the intensive care unit with COVID-19.

As of 11:59 p.m. Tuesday, Sept. 21, there were 66 new deaths identified by the Pennsylvania death registry, reported for a total of 28,998 deaths attributed to COVID-19. County-specific information and a statewide map are available on the COVID-19 Data Dashoard.

According to the CDC, as of Tuesday, Sept. 21, 67.9% of Pennsylvanians age 18 and older are fully vaccinated.

In licensed nursing and personal care homes, there have been a total of 75,738 resident cases of COVID-19 to date, and 16,241 cases among employees, for a total of 91,979 at 1,624 distinct facilities in all 67 counties. Approximately 30,870 of total cases have been among health care workers.