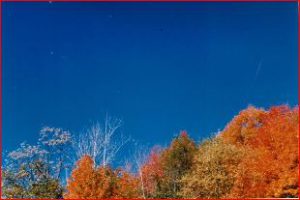 A 39 year old Wellsboro man has been arrested for “streaking.” Mansfield based state police arrested Mark Delong when they were called to 1122 Stony Fork Road in Delmar Township last Monday afternoon on a report of a naked man running on the road. After confirming the report, troopers charged Delongwith disorderly conduct.

A criminal mischief occurring last Tuesday afternoon in Jackson Township, Tioga County is being investigated by troopers at Mansfield. Vandals damaged the rear window on a 2012 Chevrolet owned by a 65 Millerton woman.

A Coudersport man has been charged with harassment for an incident allegedly occurring Friday afternoon at 107 W. Fourth Street in the borough. Troopers claim 58 year old Donald Hoffman threatened 43 year old Jessica Cornelius during a disagreement.

State police at Coudersport have charged 79 year old John Welsh of Coudersport with DUI after he allegedly failed to yield the right of way to a marked State Police cruiser  at a stop sign on East Second Street. After stopping Welsh, police reportedly found him to be under the influence of drugs and alcohol.

Troopers also have charged 52 year old Keith Balmer of Sabinsville with drug possession after stopping him on Route 49 Friday night. Police claim they found Balmer in possession of a controlled substance and paraphernalia.

DUI charges are being filed against a 56 year old Johnsonburg woman in connection to an incident last Wednesday evening on the Wilcox Road in Ridgway Township. State police claim the suspect, whose name was not released) was possibly intoxicated when she tried to enter several vehicles randomly. Charges are pending blood results.

DUI charges are pending against a 68 year old Kersey man by state police at Ridgway. Authorities claim the suspect, whose name was not released, was arrested after entering a scheduled DUI checkpoint on Fairview Road on the evening of September 4.

A Smethport motorcylist was slightly injured in a car/deer collision last Friday morning in Lafayette Township. Troopers report Amy Boyer was headed west on Route 59 just before 7:00 am when a whitetail came onto the road in front of her Suzuki VL800. Boyer was unable to avoid impact and the bike slid about 25 feet before  stopping. She was taken to a local hospital by private vehicle.

One Smethport driver was slightly hurt in a collision last Tuesday afternoon in Liberty Township, McKean County. According to  Lewis Run State police, the collision occurred at the intersection of the North Brooklynside Road and Route 6 when Donovan Raymond of Smethport, after stopping tried to make a left turn onto Route 6 and his Toyota RAV4 hit the front of a 2020 Jeep Cherokee driven by William Gross east on Route 6.

To highlight some of the world’s most beautiful, diverse fall foliage, the Pennsylvania Department of Conservation and Natural Resources (DCNR) is making its experts available to serve as regional advisers, offering tips and resources to help residents and visitors experience a colorful autumn in a variety of ways across the commonwealth.

While the leaves are the star of the show, Pennsylvania also boasts an abundance of great festivals, pick-your-own farms, and unrivaled haunted attractions that make the state the obvious choice for autumn. In a typical year, Pennsylvania’s approximately 200 million travelers inject about $45 billion into Pennsylvania’s economy, generate more than $5 billion in tax revenues, and are responsible for more

Regional forestry experts can discuss the chemistry of fall foliage color, as well as the projected outlook for fall foliage in their region of Pennsylvania. State experts include:

There are 2,337 individuals hospitalized with COVID-19. Of that number, 589 patients are in the intensive care unit with COVID-19. More data is available here.

The trend in the 14-day moving average number of hospitalized patients continues to increase again. Statewide percent positivity for the week of Sept. 3 – Sept. 9 stood at 9.1%.

As of 11:59 p.m. Thursday, Sept. 16, there were 44 new deaths identified by the Pennsylvania death registry, reported for a total of 28,812 deaths attributed to COVID-19. County-specific information and a statewide map are available on the COVID-19 Data Dashboard.

According to the CDC, as of Thursday, Sept. 16, Pennsylvania ranks 5th among all 50 states for total doses administered.

According to the CDC, as of Thursday, Sept. 16, 67.5% of Pennsylvanians age 18 and older are fully vaccinated.

Vaccine providers have administered 12,538,139 total vaccine doses, including 62,605 additional doses authorized for people who are immunocompromised, as of Friday, Sept. 17.

6,120,675 people are fully vaccinated; with 35,370 vaccinations administered since yesterday and a seven-day moving average of more than 16,500 people per day receiving vaccinations.

Approximately 30,699 of total cases have been among health care workers.