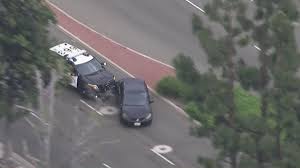 even after the officer activated his emergency lights and sires. A s ix mile pursuit ensued and was terminated when the officer performed a Preceision Immobilization Technique (PIT) bumping the rear fender on Schoonover’s car. Police found Schoonover’s eight month old son in the back seat. Schoonover was taken to the Potter County Jail after being arraigned on endangering the welfare of a child, fleeing or attempting to elude a police officer, DUI/Unsafe Driving, reckless endangerment, and numerous summary traffic offenses.

A Bradford man has been arrested on a strangulation charge. State pooi8ce at Lewis Run allege Mark Bailey choked a 25 year old Mt. Jewett woman during an argument on August 30 on Phillips Street in Mt. Jewett and damaged personal property inside the home before leaving in a vehicle. When troopers tried to stop the vehicle, Bailey reportedly fled on foot into a wooded area. A warrant has been issued for his arrest.

Both people involved in a domestic violence incident on Getaway Lane in Wetmore Township, McKean County have been charged with physical harassment. State police claim a 47 year old Cabot, PA man injured a 46 year old Lower Burrell, PA woman and that the couple damaged personal property of each others during an argument. A small piece of luggage, deer mantle decorations, picture frames, lamps (including antiques, a mirror and clock were damaged.

A Parker, PA woman escaped injury in a minor hit and run Friday night in Wetmore Township. Jennifer Amsler was going north on Route 66 when she swerved off the road to avoid an oncoming car which sideswiped her Ford Focus, damaging the mirror. The offending car kept going without the driver stopping to provide required information.

State police at Lewis Run arrested 53 year old Jerry Blum of Kane as a “habitual offender.” The arrest was made Saturday afternoon when police found he was driving his 2012 Ford F-150 XLT with a revoked license and is considered a Habitual Offender by Penn Dot.

DUI charges are being filed against the driver of a 2007 Ford which was stopped by police on Powerhouse Road in Ceres Township Sunday afternoon. Police claim the charges were the result of their response to a domestic violence incident but did not release any further details.

DUI charges are also being filed against a 36 year old Kersey driver who was pulled over on Fairview Road in fox Township Saturday night. The suspect. whose name was not released,l was taken to Penn Highlands Elk for a blood draw.

While 2021-22 antlerless deer licenses are sold out in many of the state’s Wildlife Management Units (WMUs), licenses figure to remain available in at least a half-dozen WMUs by Monday, Sept. 13 – the date when over-the-counter antlerless license sales begin statewide.

Hunters looking to pick up additional antlerless licenses at that time need to know a couple things: First, over-the-counter antlerless license sales are handled only by county treasurers, and county treasurers’ offices in some counties presently are closed to the public, so there will be no option to purchase licenses in-person in these counties.

And second, while this round of antlerless license application continues to be called the “over-the-counter sales” round, applications during this round now are accepted by mail, as well.

Those mailing in applications in the round to begin Sept. 13 follow a procedure that’s similar to earlier mail-in rounds. License applications for any WMU may be sent in an official pink envelope to any participating county treasurer, a list of which is found on Page 29 of the 2021-22 Pennsylvania Hunting & Trapping Digest.

What’s different is a hunter can make multiple applications during this round, and may mail up to three applications in the same envelope.

Here’s how it works. Each hunter now may hold up to six active antlerless licenses at a time. So hunters who applied for and received a license in each the initial round of sales, and the first and second “unsold license” rounds, will have three when over-the-counter sales begin. That’s the most any hunter can have before Sept. 13. Those hunters can purchase three more on or after Sept. 13 to reach their personal limit. Then, as they harvest deer and report the harvests through HuntFishPA, they can purchase additional licenses (if licenses remain available) to get back to their personal limit of six.

Hunters who received fewer than three antlerless licenses during the initial mail-in rounds can purchase more than three when over-the-counter sales begin. A hunter who has yet to obtain an antlerless license, for instance, can purchase six beginning Sept. 13. Just understand that licenses only are available for certain WMUs – the ones that haven’t yet sold out the total number allocated by the Game Commission.

Hunters considering purchasing antlerless deer licenses in-person during the over-the-counter sales round are urged to check ahead of time to make sure a county treasurer’s office is open to the public.

Those making application by mail might need to pick up additional official pink envelopes from a license-issuing agent. Blank applications are available on the Antlerless Deer Licenses page at www.pgc.pa.gov or in the Hunting & Trapping Digest.

There are 1,928 individuals hospitalized with COVID-19. Of that number, 493 patients are in the intensive care unit with COVID-19.

As of 11:59 p.m. Thursday, Sept. 2, there were 27 new deaths identified by the Pennsylvania death registry, reported for a total of 28,352 deaths attributed to COVID-19. County-specific information and a statewide map are available on the COVID-19 Data Dashboard.

According to the CDC, as of Thursday, Sept. 2, 66.1% of Pennsylvanians age 18 and older are fully vaccinated.

5,992,224 people are fully vaccinated; with 17,624 vaccinations administered since yesterday and a seven-day moving average of more than 17,800 people per day receiving vaccinations.

Approximately 30,282 of total cases have been among health care workers.