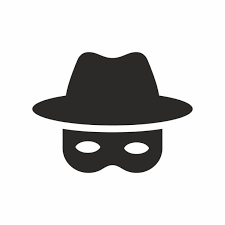 Troopers at Coudersport investigated a theft of some fishing tackle from a Sharon Township home on July 15. The tackle box, valued at $30,  contained several items including bait, fishing line, poppers and hooks. It is believed that a juvenile stole the tackle belonging to a 10 year old  boy.

A criminal mischief taking place last Thursday morning in Genesee Township is being probed by state police at Coudersport. Someone cut down a Hemlock tree on the property of 76 year old Dennis Matteson. The tree was valued at $5,000.

A Lebanon, PA man has been arrested for DUI and drug possession by state police at Coudersport. Authorities claim when they stopped 62 year old Ronald Lechner on Route 6 West in Pike Township Saturday evening, they determined he had been driving his 2003 Chevrolet Avalanche under the influence and was in possession of drugs.

The Pennsylvania Board of Game Commissioners met Saturday  in Harrisburg. It’s the first time in more than a year the board has met in person at a central location . One Pennsylvania raptor soon might be placed on the state’s endangered-species list, while another that’s presently classified as a threatened species could be upgraded.

The Pennsylvania Board of Game Commissiners Saturday gave preliminary approval to placing the northern goshawk on the state’s endangered-species list, and removing the peregrine falcon from the state’s threatened species list.

The measure will be brought back to the September meeting for a final vote.The proposed changes reflect the strikingly different population trends for goshawks and peregrines.The northern goshawk, which in Pennsylvania is at the southern limits of its range in the Northeast, has experienced range contraction and a dramatic population decline in the past 20 years. Classifying the northern goshawk as an endangered species would further protect it by limiting or delaying certain activities within northern goshawk breeding habitat during courtship and nesting seasons.

A large secretive raptor of mature, mixed forests, the northern goshawk is found in Pennsylvania’s northern tier and at high elevations across the state.

Meanwhile, the peregrine falcon, which was upgraded from endangered- to threatened-species status in 2019, has continued to see population increases. The recommendation for its upgrade is based on the Game Commission’s 2013-2022 Peregrine Falcon Management Plan, which establishes objectives for the species’ recovery that now have been achieved.

The proposed change signals a significant conservation victory after 40 years of recovery action in Pennsylvania and nationally, in which the Game Commission has played an active role. Adoption of the change would mark the third high-profile raptor recovery in Pennsylvania, following the delisting of the bald eagle and osprey – demonstrating that placing a species on the endangered or threatened list is not a permanent designation, and recovery is an achievable goal.

The Board of Commissioners also gave preliminary approval to a separate motion that’s intended to provide the peregrine falcon additional protection if it’s removed from the threatened-species list. As part of the penalty for killing a threatened species, a $5,000 replacement cost can be assessed. But when a recovered animal comes off the threatened-species list, the replacement cost drops to just $200, unless regulatory changes are made to increase it.

If the peregrine is upgraded and removed from the threatened-species list, regulations would be adjusted so a $2,500 replacement cost would apply, the board voted preliminarily. This measure, too, will be brought back to the September meeting for final adoption.

There are 347 individuals hospitalized with COVID-19. Of that number, 75 patients are in the intensive care unit with COVID-19. Statewide percent positivity for the week of July 9 – July 15 stood at 1.7%.

As of 11:59 p.m. Thursday, July 22, there was 1 new death identified by the Pennsylvania death registry, reported for a total of 27,820 deaths attributed to COVID-19. County-specific information and a statewide map are available on the COVID-19 Data Dashboard.

5,648,861 people are fully vaccinated; with a seven-day moving average of more than 11,200 people per day receiving vaccinations.

Approximately 29,237 of total cases have been among health care workers.