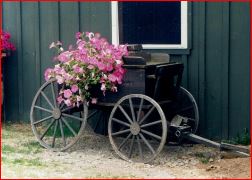 State police at Lewis Run are investigating another ID theft. A 54 year old Mt.Jewett man told police Wednesday that someone had obtained his banking information and requested the victim provide gift card information. Authorities advise to be aware of scams requesting personal information and gift cards.

An Ellicottville woman was arrested by Lewis Run State police for drug possession. Troopers say 21 year old Deni Whitmore, a passenger in a 2017 Subaru Legacy they stopped, they found Whitmore in possession of a controlled substance.

Automatic charges are being filed against a 58 year old St. Marys man who refused a blood test after being taken to Penn Highlands Elk on the night of July 14 by state police who stopped his Ford-150 XLT on Lafayette Street in St. Marys. The suspect’s name was not released.

State police at Ridgway are looking for a litterbug who lost a bag of garbage Tuesday afternoon on Route 219 in front of a residence. Garbage was strewn all over the road but has since been removed.

The Pennsylvania Department of Health today confirmed that as of 12:00 a.m., Wednesday, July 21, there were 525 additional positive cases of COVID-19, bringing the statewide total to 1,217,857.

As of 11:59 p.m. Tuesday, July 20, there were 8 new deaths identified by the Pennsylvania death registry, reported for a total of 27,813 deaths attributed to COVID-19. County-specific information and a statewide map are available on the COVID-19 Data Dashboard.    According to the CDC, as of Tuesday, July 20, Pennsylvania ranks 5th among all 50 states for total doses administered.

According to the CDC, as of Tuesday, July 20, 61.9% of Pennsylvanians age 18 and older are fully vaccinated.

The department continues to urge Pennsylvanians to follow CDC guidcance for wearing a mask where required by law, rule and regulations, including healthcare, local business and workplace guidance. For the protection of themselves and others, individuals who have not yet been vaccinated or are partially vaccinated, are still encouraged to wear a mask when in public.

Approximately 29,202 of total cases have been among health care workers.