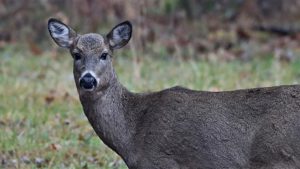 “Doe” licenses are slowly being fulfilled. See Story below.

A Clifford Township, PA driver has been charged with DUI by state police at Mansfield. Troopers say they arrested Ronald  Grunewald, 38, when they responded to a vehicle parked in the Middle of Merrick Hill Road in Chatham Township on July 3. They claim when they investigated, they found Grunewald had been driving his 2014 Chevrolet Silverado under the influence of alcohol.

No injuries were reported for 20 year old Brandon Allen of Mansfield after a one-car accident Saturday night In Jackson Township, Tioga County. According to Mansfield state police Allen was going south on Route 548 when his 2001 Toyota Camry went off the right side of the road, hit an embankment and rolled over onto its roof.

DUI charges are pending against a 31 year old Weedville woman after state police were called to the Family Dollar in Weedville Friday to investigate an overdose in the parking lot. The 27yearold Ridgway woman refused transport to a hospital but police allege the driver of the 1995 Dodge was driving under the influence.

Emporium based state police arrested 40 year old Julie Johnson of that town for DUI. Troopers claim when they investigated a “non-reportable” two car collision on N. Vine Street June 14, they determined Johnson had been driving under the influence pf alcohol and a controlled substance and was allegedly found in possession of drug paraphernalia.

Hunters eager to see if their 2021-22 antlerless deer license has been awarded might need to wait a little longer than usual according to the Game Commission.

The Pennsylvania Game Commission is working with NIC Inc., the vendor that operates the new HuntFishPA licensing system, toward a solution that will speed up the sales process and enhance system performance.

Hunters wishing to check whether their license has been awarded can do so through HuntFishPA at https://huntfish.pa.gov. Once logged in to their account on the site, an awarded license will appear in a hunter’s purchase history. They also can click the Wildlife Quota option on the top right of the HuntFishPA home page.  Hunters also can monitor the number of antlerless licenses remaining in each Wildlife Management Unit by going to www.pgc.pa.gov, clicking on the Antlerless Deer License link under Quick Clicks, then selecting Antlerless License Availability in the gray box  on the Antlerless Deer Licenses and Availability page.

In January, the Game Commission and Pennsylvania Fish and Boat Commission began issuing hunting, furtaker and fishing licenses through the HuntFishPA platform. Previously, those licenses were issued by another vendor, but the contract had expired. NIC was one of four companies to submit a bid and was awarded the contract.

NIC has over 20 years’ experience in outdoor licensing across 11 states, including Wisconsin, Mississippi, Alabama, Maine, and South Carolina. The company said the slowdowns experienced in Pennsylvania result from a high volume of transactions, which is a testament to the number of hunters and trappers in Pennsylvania compared to other states

The Pennsylvania Department of Health today confirmed that as of 12:00 a.m., Friday, July 16, there were 415 additional positive cases of COVID-19, bringing the statewide total to 1,215,767.

As of 11:59 p.m. Thursday, July 15, there were 4 new deaths identified by the Pennsylvania death registry, reported for a total of 27,786 deaths attributed to COVID-19. County-specific information and a statewide map are available on the COVID-19 Data Dashboard.

According to the CDC, as of Thursday, July 15, Pennsylvania ranks 5th among all 50 states for total doses administered.

According to the CDC, as of Thursday, July 15, 61.5% of Pennsylvanians age 18 and older are fully vaccinated.

5,592,034 people are fully vaccinated; with a seven-day moving average of more than 12,100 people per day receiving vaccinations.

Approximately 29,132 of total cases have been among health care workers.