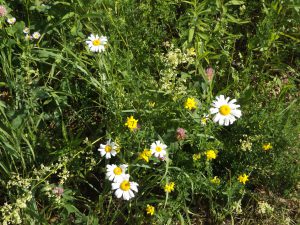 Thunderstorms, some of them severe tore through the area Tuesday afternoon and evening. Trees and power lines were downed and flash flooding occurred in parts of Tioga and Bradford Counties. We are not yet out of the woods as forecasters say thunderstorms are possible again today and tonight.

A Shinglehouse man has been jailed on a strangulation charge. Coudersport based state police allege 49 year old Don Vincent assaulted a 43 year old woman and a 12 year old boy before leaving their house on Honeoye Road Sunday evening. He was located Monday and was committed to the Potter County Jail in lieu of $75,00 bail following arraignment.

Troopers at Coudersport nabbed a Bradford fugitive last Friday evening on East Second Street in Coudersport. Earl Knight was taken into custody after a patrol officer stopped to offer assistance to a disabled motorist but discovered Knight was the subject of several warrants filed by the City of Bradford. He was committed to the Potter County Jail to await extradition to Bradford.

Jeremy Fish, 51 of Coudersport has been cited for violating dog laws. State police claim they were called to his home on Toles Hollow Road Monday evening on a report two black labs were running loose and jumping on people. Fish was not at home at the time police were called.

State police at Ridgway have made a couple more DUI arrests. David Schloder, 56 of St. Marys has charges pending blood test results after his 1965 Jeep was pulled over on Route 255 early Sunday morning. A about an hour  later a 50 year old woman also from St. Marys was stopped on the Bennetts Valley highway and was allegedly found “manifestly under the influence of alcohol.”

Emporium based state police arrested a 37 year old woman from that town for DUI after stopping her 2009 Mercury Milan on West Garden Street early last Friday.

The Pennsylvania Department of Health today confirmed that as of 12:00 a.m., Tuesday, July 13, there were 334 additional positive cases of COVID-19, bringing the statewide total to 1,214,654.

As of 11:59 p.m. Monday, July 12, there were 9 new deaths identified by the Pennsylvania death registry, reported for a total of 27,759 deaths attributed to COVID-19. County-specific information and a statewide map are available on the COVID-19 Data Dashboard.

According to the CDC, as of Monday, July 12, Pennsylvania ranks 5th among all 50 states for total doses administered.

According to the CDC, as of Monday, July 12, 61.3% of Pennsylvanians age 18 and older are fully vaccinated and the state ranks 21st among all 50 states for second doses administered by percentage of population.

Pennsylvania’s vaccine dashboard was updated on Friday, July 9 to more accurately reflect the number of people who are partially and fully vaccinated in each county outside of Philadelphia, along with demographics of those receiving vaccine. For state-to-state comparisons, refer to the CDC vaccine data tracker. Vaccine providers have administered 11,346,908 total vaccine doses as of Tuesday, July 13.

5,568,951 people are fully vaccinated; with a seven-day moving average of more than 11,000 people per day receiving vaccinations.

The department continues to urge Pennsylvanians to follow CDC for wearing a mask where required by law, rule and regulations, including healthcare, local business and workplace guidance. For the protection of themselves and others, individuals who have not yet been vaccinated or are partially vaccinated, are still encouraged to wear a mask when in public. There are 4,823,330 individuals who have tested negative to date.