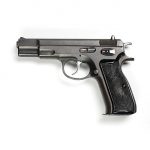 A 22 year old Ridgway resident is being charged for obliterating a serial number on a gun. Authorities say  when they responded to a call on Long Level Road in  Ridgway Township  July 2, about a man passed out in the driver’s seat of a 2021 Hyundai Sonata they could not wake Patrick Duffield. He was taken to Penn Highlands Elk for treatment. After obtain permission to explore his car, they allegedly found a Colt 911 with an obliterated serial number and a bottle containing  Xanax which had not been prescribed for Duffield.

Troopers at Ridgway are investigating the theft of two vehicles form Elk County locations late last month. A Black Baja Motorsports was taken during the early morning of June 28 from  a residence on Oknefski Road in Ridgway Township. The machine was owned by a 65 year old Ridgway man . A 1971 blue Ford Mustang owned by a 71 year old DuBois man was stolen from a location on Fairview Road in Fox Township on June 11.

A sign thief in Jay Township, Elk County was identified when his image was captured via a camera overlooking the victim’s front yard. According to Ridgway based state police,  yard sign belonging to a 50 year old Weedville woman. The sign was found in a neighbor’s yard and returned to the owner.

Ridgway based state police received their share of spam calls on the afternoon of June 23. Officers said an automated voice posed as a CVS pharmacy and the investigation is continuing. 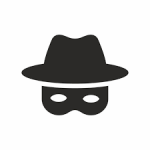 The theft of some money from a Jones Township home last month  is also under state police investigation. A 27 year old told police someone entered her home on Camp Road and toll $200 in cash.

DUI charges are being filed against Brian Beck of Weedville. He was arrested  on the afternoon of June 19 on the Bennetts Valley Highway and was taken to Penn Highlands Elk  for a blood draw.

Vandals caused $500  In damage to an electrical box on a Bliss Hill Road on the afternoon of July 7. The camp is owned by a 60 year old New Brighton man.

Senate President Pro Tempore Jake Corman (R-Bellefonte) issued the following statement today in response to a directive issued by the Department of State that orders counties not to allow for a review of electronic voting systems:

“The Department of State’s directive is an attack on the General Assembly’s power to review, investigate, and legislate in matters within its legislative authority, which includes Pennsylvania’s election system. The Legislature has clear authority – both statutorily and constitutionally – to provide oversight and issue subpoenas. This directive tramples those rights which were specifically put in place to prevent potential abuses and overreach by the Executive Branch.

“This action is another troubling example of the Wolf Administration weaponizing and politicizing the agency that is directly responsible for overseeing free and fair elections. This sort of partisanship from an agency that is supposed to be a neutral arbiter is the reason why most Pennsylvanians lack faith in our election system, and it underscores the need for the kind of real and meaningful election reform that the Governor continues to deny the citizens of our Commonwealth.

“This deeply partisan directive calls into question the ability of the Acting Secretary to serve as a neutral arbitrator on election matters, which will be a key consideration when the Senate considers her nomination in the fall.”

The Pennsylvania Department of Health today confirmed that between 12:00 a.m., Saturday, July 10 through Monday, July 12, there were 547 additional positive cases of COVID-19, bringing the statewide total to 1,214,320.

Between of 11:59 p.m. Friday, July 9 and Sunday, July 11, there were 13 new deaths identified by the Pennsylvania death registry, reported for a total of 27,750 deaths attributed to COVID-19. County-specific information and a statewide map are available on the COVID-19 Data Dashboard.

According to the CDC, as of Sunday, July 11, Pennsylvania ranks 5th among all 50 states for total doses administered.

According to the CDC, as of Sunday, July 11, 61.2% of Pennsylvanians age 18 and older are fully vaccinated and the state ranks 22nd among all 50 states for second doses administered by percentage of population.

Pennsylvania’s vaccine dashboard was updated on Friday, July 9 to more accurately reflect the number of people who are partially and fully vaccinated in each county outside of Philadelphia, along with demographics of those receiving vaccine. For state-to-state comparisons, refer to the CDC vaccine data tracker.Opens In A New Window

5,560,626 people are fully vaccinated; with a seven-day moving average of more than 11,000 people per day receiving vaccinations.

Approximately 29,071 of total cases have been among health care workers.

The Red Cross will have a bloodmobile from 12:30 to 5:30 at the Coudersport Consistory.

There will be a Mud Bog at the Wolf Springs Off-Road Park in Knoxville from 9a-6p. Trucks, buggies, ATV’s and UTVs. Spectators welcome. See www.wolfspringsoffroad park on Facebook or call 814.367.5418.

Born February 20, 1960, in Wellsboro, she was the daughter of James V. and Cynthia Cotton Dandrea.  A graduate of Galeton Area High School, she was employed by Widmann’s, Brosius Manor, and as a Gale Hose Ambulance dispatcher.  Marcia attended St. Bibiana Catholic Church in Galeton.

A private Mass of Christian Burial will be celebrated at St. Bibiana Catholic Church, Galeton.  The Rev. Joseph V. Dougherty will be the Celebrant.  Burial will be in West Hill Cemetery, Galeton.

Memorials may be made to the Galeton Public Library, Goodyear Hose Co., Gale Hose Ambulance, or the Galeton Fireworks Committee.

To send flowers to the family or plant a tree in memory of Marcia, please visit our floral store.