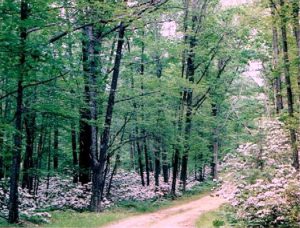 Mansfield based state police caught an Altoona man red-handed as he was preparing to rob the Walmart store. Troopers were dispatched to the store’s parking lot just after 1:00 pm for a car jacking. Upon arrival they found the suspect, whose name they did not release, had gone inside the store where he was apprehended. The 2001 Subaru Outback belongs to a 56 year old Mansfield woman.

Troopers at Mansfield are looking for a kidnapper—well, at least someone who may have stolen goats from a pasture on Route 49 in Deerfield Township. Gary Gigee told officers eight of his goats were taken Wednesday evening.

State police at Ridgway have arrested Patrick Sheely of Kersey for physical harassment. Authorities claim Sheely harassed at 34 year old woman during an argument on Sheely Road in Fox Township Thursday evening and spit in her face.

Rep. Martin Causer reports The state House is set to consider legislation next week that aims to improve the security, integrity and accessibility of all future elections in the Commonwealth.

House Bill 1300, the Voting Rights Protection Act, would tighten security by expanding upon Pennsylvania’s current voter identification law, require regular election audits, improve election uniformity among the 67 counties as required by the Pennsylvania Constitution, enhance certification processes for all machines used in elections, require signature verification using ballot scanning equipment for mail-in and absentee ballots, improve lists of registered voters and more. Specifically, registered voters would receive through their counties a scannable and durable voter registration card, much like the identification cards currently issued to voters, for use when voting in person.

The bill is the result of a series of hearings that reviewed all aspects of the state’s election process.

The Pennsylvania Department of Health today confirmed that as of 12:00 a.m. Thursday, June 17, there were 277 additional positive cases of COVID-19, bringing the statewide total to 1,209,725.

As of 11:59 p.m. Wednesday, June 16, there were 15 new deaths identified by the Pennsylvania death registry, reported for a total of 27,546 deaths attributed to COVID-19. County-specific information and a statewide map are available on the COVID-19 Data Dashboard.

According to the CDC, as of Wednesday morning, June 16, 57.8% of Pennsylvanians age 18 and older are fully vaccinated while 73.7% have received their first dose.

According to the CDC, as of Wednesday morning, June 16, Pennsylvania ranks 5th among all 50 states for total doses administered.

5,177,770 people are fully vaccinated; with a seven-day moving average of more than 34,300 people per day receiving vaccinations.

1,400,279 people are partially vaccinated, meaning they have received one dose of a two-dose vaccine.

Approximately 28,944 of the total cases are among healt