A 40 year old Morris woman has been charged with attempted homicide. Mansfield  based a police report when they went to a home on Hurley Hill Road and Morris Township Tioga County early Monday morning they found 40 year old Laura Bittner and a 61 year old Morris man inside the house and they discovered that the man had been shot in the abdomen. He was flown by medical helicopter to Robert Packer Hospital in Sayre and is listed as stable but critical condition Laura Bittner has been charged with attempted criminal homicide, two counts of aggravated assault and reckless endangerment. She was arraigned before on-call District Judge  James Edgecombe and was committed to the Tioga County Prison.

Both drivers escaped injury and a rear end collision Saturday afternoon in Keating Township McKean County. According to State Police at Lewis Run, the collision occurred on Route 59. near the intersection with Golf Course Road, Faith Banks  of Emporium was going west and failed to stop for a  vehicle driven by Timothy Minor of Coudersport, which had stopped on the highway waiting for another vehicle to turn.  Banks was unable to keep her Ford Focus from running into the  Chevy Suburban driven by Minor.  Both vehicles were able to get off the road safely. A passenger in the Minor unit Mariah Manor also escaped injury,

Ronald Sivec, 33, of Cresson  Pennsylvania has been arrested for DUI by Lewis Run State Police. Troopers say  they stopped his vehicle on South Main Street at Arnold Avenue in Port Allegany they determined Sivec was driving his vehicle under the influence of alcohol. He was taken to UPMC Cole for blood draw and which he refused.  Automatic charges are pending in District Court.

A 17 year old Bradford teen has been arrested for drug possession after troopers stopped  his 2003 Dodge van on Route 219 at Bolivar and Foster township  on the evening of May 31. Police say when they stopped his vehicle they found the teen was driving while under the influence of a controlled substance and was allegedly found in possession of drug paraphernalia. He was placed under arrest for DUI and taken to Bradford Regional Medical Center for chemical testing and he also refute blood draw. Automatic  charges charges are pending,

A 24 year old Collins New York driver  has been charged with resisting arrest. State Police at Lewis Run report when they conducted the traffic stop for summary traffic violation and around 3:45am on May 30, the driver of the 2012 Chevy Cruze was found to be under the influence of alcohol. Police claim during the course of the investigation, he resisted arrest and need to be restrained twice and charges are pending lab results. 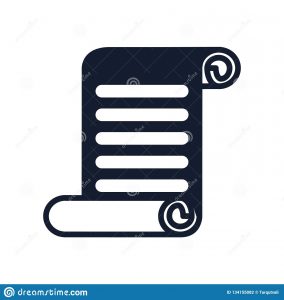 The resolution will now be considered by the Senate.

On passage of the resolution, Speaker Cutler and House Majority Leader Benninghoff made the following statement:

“Over the past 16 months, Pennsylvanians have had their lives upended, their livelihoods destroyed, and their liberty interrupted by Gov. Wolf’s inconsistent and unilateral use of powers under the COVID-19 emergency disaster declaration. When the voters approved these constitutional amendments just a few short weeks ago, their message was loud and clear: It is time to end the governor’s emergency powers. We could not agree more.

“The emergency is over. Our hospitals are not overrun, successful vaccines are available and abundant, our schools are prepared to teach in person and Pennsylvanians are back to work. The time is now to end the declaration.

“Make no mistake: The governor’s ability to exercise unilateral rule over the Commonwealth under the existing emergency disaster declarations will finally be coming to an end. Certain regulations that have proved to benefit Pennsylvania may need to be further suspended or waived and we will run legislation to address them as part of the budget process. We have listened to the voters and are turning their vote into action.”

Statewide percent positivity for the week of May 28 – June 3 stood at 2.9% down from the previous week.

As of 11:59 p.m. Monday, June 7, there were 35 new deaths identified by the Pennsylvania death registry, reported for a total of 27,395 deaths attributed to COVID-19. County-specific information and a statewide map are available on the COVID-19 Data Dashboard.

According to the CDC, as of Tuesday morning, June 8, 55.9% of Pennsylvanians age 18 and older are fully vaccinated while 72.3% have received their first dose.

According to the CDC, as of Tuesday morning, June 8, Pennsylvania ranks 5th among all 50 states for total doses administered.

4,917,549 people are fully vaccinated; with a seven-day moving average of more than 30,500 people per day receiving vaccinations.

1,498,579 people are partially vaccinated, meaning they have received one dose of a two-dose vaccine.

There are 4,647,201 individuals who have tested negative to date.

Approximately 28,844 of the total cases are among health care workers.