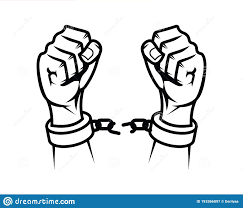 McKean County District Attorney Stephanie Vettenburg-Shaffer reports thatDetectives with the McKean County Drug Task Force have filed charges against James Patrick Kemick  of Bradford following an investigation into the delivery ofmethamphetamine. The Detectives charged the defendant with Delivery of Methamphetamine (a Schedule II controlled substance); Possession of Methamphetamine and Criminal Use of a Communication Facility on April 27, 2021. KEMICK was located in New York State and was arrested on the arrest warrant there. He waived extradition to Pennsylvania and Task Force Officers transported him back to Pennsylvania. He was arraigned before Magisterial District Judge Richard Luther on May 28, 2021. Judge Luther set bail at $100,000 and KEMICK was remanded to the jail at that time pending the satisfaction of the monetary bail. If you suspect illegal drug activity, please contact the McKean County DrugTask Force at the District Attorney’s Office at (814) 887-3312 or MCDTFtip@gmail.com.

A Bradford woman has been arrested for violating a Protection From Abuse order Friday afternoon. Troopers say they were called to a house on Route 46 in Keating Township where 54 year old Evelyn Gurtman of Bradford violated the PFA filed  on behalf of a 55 year old Smethport woman. 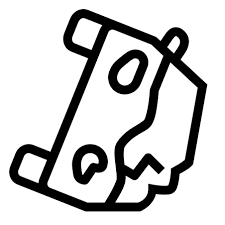 A one-vehicle crash Friday evening in Wetmore Township, McKean County sent a Kane man to UPMC Kane for treatment of minor injuries. According to state police at Lewis Run  Charles Sherwood was driving a 2003 Pontiac Bonneville south  on Route 321 near the intersection with the Five Mile Road which failed to make a curve, went into a ditch and rolled  over. 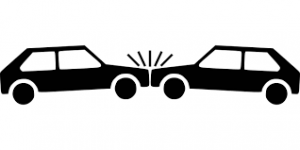 One driver was slightly hurt in a collision last Thursday afternoon in Fox Township, Elk County. According to Ridgway state police. Alan George of Dubois  was going north on Route 255 negotiating a curve when his Chevrolet Uplander crossed into the southbound lane where it collided with a Ford F-150XLT driven by Brandon Wiseman of Dagus Mines. Wiseman had tried unsuccessfully to avoid contact. He was cited  for  driving an uninsured vehicle. George was cited for careless driving.

The Pennsylvania Department of Agriculture has announced a confirmed positive for Chronic Wasting Disease (CWD) in a white-tailed deer on a Warren County hunting preserve. Remaining deer were euthanized and CWD was not detected in any of the samples. The department has quarantined the preserve for five years. Contact tracing to determine any further exposure is in progress and may necessitate additional quarantines.

CWD is a highly contagious disease that develops very slowly in the lymph nodes, spinal tissue and brains of deer and similar animals like reindeer and elk. It does not affect other livestock. To date there is no evidence that it can be spread to humans.

In 2020, the department established a CWD Core Captive Management Zone, implementing aggressive measures to control the disease in the area of the state where it is most prevalent, while allowing deer farms to stay in business.

A map of farms that have had CWD-positive deer, and locations of positive deer in the wild can be found on the agriculture department’s website, along with information by county on farms under quarantine.

The new detection will also result in a new CWD Disease Management Area (DMA) being established. The Pennsylvania Game Commission is working to delineate the new DMA’s boundary, which will be finalized and announced in the coming weeks.

Within DMAs, specific regulations meant to slow or stop the human-assisted spread of CWD across the landscape apply. It’s illegal within DMAs to rehabilitate injured deer, possess or use cervid urine-based attractants and feed free-ranging deer. Hunters who harvest deer in DMAs may not transport those deer outside of a DMA without first removing the high-risk deer parts.

Those who live or hunt in the area that is likely to fall within the new DMA’s boundaries are urged to watch for the coming announcement and visit pgc.pa.gov where the most up-to-date CWD information always can be found.

Advice for hunters, processors and taxidermists for safe handling of deer carcasses, and information about requirements for deer farms can be found at agriculture.pa.gov.

There are 1,107 individuals hospitalized with COVID-19. Of that number, 278 patients are in the intensive care unit with COVID-19. The trend in the 14-day moving average number of hospitalized patients per day is coming down, after peaking at 2,661 patients which is slightly below what it was at the height of the spring 2020 peak of 2,751 patients on May 3, 2020. The full 14-day moving average since the start of the pandemic can be found here.

As of 11:59 p.m., Friday, May 28, there were 16 new deaths identified by the Pennsylvania death registry, reported for a total of 27,203 deaths attributed to COVID-19. County-specific information and a statewide map are available on the COVID-19 Data Dashboard.

According to the CDC, as of Saturday morning, May 29, 53.5% of Pennsylvanians age 18 and older are fully vaccinated.

According to the CDC, as of Saturday morning, May 29, Pennsylvania ranks 5th among all 50 states for total doses administered.

Vaccine providers have administered 10,520,581 total vaccine doses as of Saturday, May 29.

4,664,953 people are fully vaccinated; with a seven-day moving average of more than 56,185 people per day receiving vaccinations.

1,578,335 people are partially vaccinated, meaning they have received one dose of a two-dose vaccine.

There are 4,594,728 individuals who have tested negative to date.