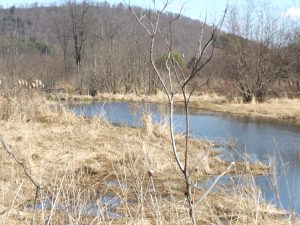 Area residents are advised about one of the newest scams. Residents have been receiving phone calls, such as this, advising the victim that if they did not order an iPhone or other item from Amazon, they should call this number to report they did not make the purchase. A local bank employee advises it is a “phishing” expedition. When a person returns the call, the crooks gather important personal and banking information and access the victim’s bank account.

An identity theft is being investigated by state police at Coudersport. Someone used a 49 year old Genesee woman’s social security number to obtain unemployment benefits between March 15 and yesterday

A Washington, PA driver has been cited for speeding in connection to a one-vehicle crash early Sunday morning in Sylvania Township, Potter County. According to Coudersport state police, Nicholas White was going north on the First Fork Road when his Ford-150 XLT went off the pavement, collided with a PennDot sign and went into a ditch before flipping over onto its passenger side. Troopers claim White left the scene and did not report the crash.

DUI charges are pending against a Dauphin PA man who was arrested after state police investigated a hit and run on the Wharton Road near the East Fork Road last Friday evening. While investigating, officers allegedly discovered the suspect had fled the scene but was driving under the influence of alcohol. Police did not release his name.

State police at Coudersport have arrested 49 year old Kevin Fox of Austin for harassment and resisting arrest. Authorities say the charges were the result of their investigation into a domestic violence incident at around 9:30 am last Wednesday at a home on Oak Street in that town. The victim is said to be a 53 year old Austin woman.

A 22 year old Bradford woman is facing DUI charges after troopers stopped her 2020 Jeep on Minard Run Road in Bradford Township Saturday night. Police allege the woman was driving under the influence of a controlled substance and took her to Bradford Regional Medical Center for a blood draw.

The theft of some timber in Hamlin Township is being probed by state police at Lewis Run. Three men, using a Ford F-150XLT stole lumber from a location on Route 219 that had been sold by the US Forest Service and was waiting to be picked up. Anyone with any information is asked to call state police at 814-368-9230.

A theft by deception is also being investigated by troopers at Lewis Run. A 21 year old Eldred man told police he provided a sum of money  last Friday in the form of gift cards but never received the items he was promised.

According to the CDC, as of Monday morning, April 19, Pennsylvania ranks 5th among all 50 states for total doses administered.

2,772,009 people are fully vaccinated; with a seven-day moving average of more than 97,100 people per day receiving vaccinations.

1,866,102 people are partially vaccinated, meaning they have received one dose of a two-dose vaccine.

304,120 first/single doses will have been allocated this week.

There are 4,294,873 individuals who have tested negative to date.

Approximately 27,211 of the total cases are among health care workers.