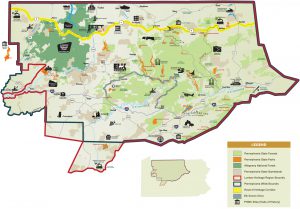 State Police at Coudersport  are continuing to investigate a death occurring on Route 6 West in Ulysses Township. A body of an unidentified man  was found at about 5:45pm Monday lying over an embankment. An autopsy is scheduled to determine the cause of death and police say the investigation is ongoing. Additional details will be released as the investigation allows. Anyone who has information that might help is asked to call State Police at 814-274-8690.

Troopers  are continuing to investigate a neighborhood dispute occurring at 245 Tolls  Hollow  Road in Eulalia Township last Thursday night. Nicole Popchak told officers that a known suspect had gone onto her property and cut multiple limbs off the tree that is split between the two properties.

A Buffalo New York man has been charged with drug possession after trooper stopped  him on Route 6 at Trout BrookRoad in Roulette Township Last Tuesday, March 30,  Zaid Saleh,25, was stopped for traffic violations while  driving a 2007  Toyovan container trailer. During the questioning, police determined he was in possession of a controlled substance and associated drug paraphernalia.

Ridgway Bay State Police responded to an incident on Montmorenci Road in Ridgway Township yesterday. According to unconfirmed reports, an individual in a home located on that road was having a mental health crisis. But apparently it was resolved peacefully without anyone being injured. During the incident, Montmorenci Road was closed to traffic between Ridgway Borough and Long Level Road. Motorists were advised to use alternate travel routes. The road was reopened when the situation was resolved.

The Lumber Heritage Region along with the DuBois Area Historical Society unveiled a piece ofhistory in the way of an Interpretive Panel, which commemorates the memory of John DuBois, one ofthe cities founders and innovator in the lumber industry. The new Interpretive Panel, Lumber SparksDuBois’ Growth, 1872-1904, is located at the DuBois Municipal Park Walkway. 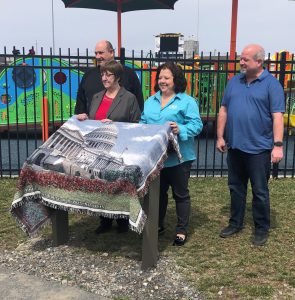 The purpose of the Interpretive Panel is to educate and highlight the significant impact that theDuBois family and their lumber empire had on the City of Dubois and the surrounding area.The sign was funded by the Lumber Heritage Region through a mini grant that the Dubois Area Historical Society applied for. Funding for the Lumber Heritage Region 2020 Mini-Grant Program is provided through thePennsylvania Heritage Areas Program Fund, under the administration of the Pennsylvania Department of Conservation and Natural Resources, Bureau of Recreation and Conservation and therefore must adhere to all statewide rules and regulations.

The Pennsylvania Department of Health today confirmed as of 12:00 a.m., April 6, there were 4,255 additional positive cases of COVID-19, bringing the statewide total to 1,049,655.There are 2,247 individuals hospitalized with COVID-19. Of that number, 427 patients are in the intensive care unit with COVID-19. Most of the patients hospitalized are ages 65 or older, and most of the deaths have occurred in patients 65 or older. The trend in the 14-day moving average number of hospitalized patients per day is about 4,100 lower than it was at the peak on December 25, 2020. The current 14-day average is also below what it was at the height of the spring peak on May 3, 2020. However, the moving average of number of hospitalized patients has started to increase. Statewide percent positivity for the week of March 26 – April 1 stood at 9.4% an increase over the previous week .As of 11:59 p.m. Monday, April 5, there were 37 new deaths identified by the Pennsylvania death registry, reported for a total of 25,237 deaths attributed to COVID-19

2,037,055 people are fully vaccinated; with a seven-day moving average of more than 86,600 people per day receiving vaccinations.

1,766,216 people are partially vaccinated, meaning they have received one dose of a two-dose vaccine.

442,310 first/single doses will have been allocated this week.

There are 4,183,437 individuals who have tested negative to date.