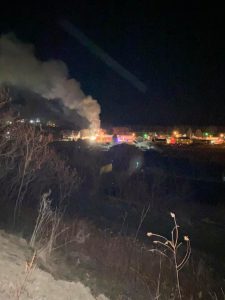 (See details and other photos below) 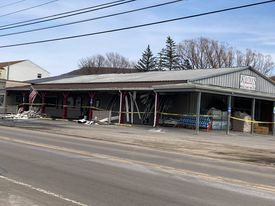 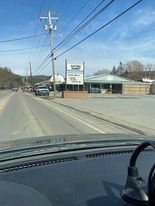 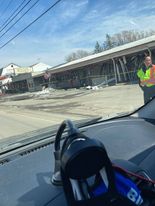 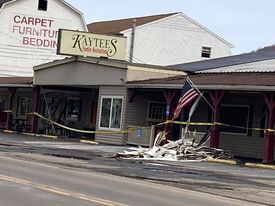 ” After photos” by Deb Plummer

At least one Coudersport business was destroyed by a three alarm fire last night. Firefighters were summoned at around 9:30 pm to Kaytee’s restaurant on Route 6 West. We are awaiting more information from Coudersport Fire Chief Bryan Phelps. He and other members of the department no (no doubt exhausted ) arrived back at the station early this morning to prepare for their chicken barbecue. Chicken was sold out (500 halves) within a half hour. Chief Phelps told Black Forest Broadcasting, despite 170 volunteers from numerous departments battling the blaze, there were no injuries. We have learned that a member of Kaytee’s staff who had an apartment in the building was not at home when flames broke out. All of the baby chicks that had recently arrived, were rescued and the bunnies had not arrived yet. There was a rekindle Saturday afternoon. The cause of the fire is unknown at this time. Cassie Morey was nearby and shot the top photo. Deb Plummer shot the “after” photos.