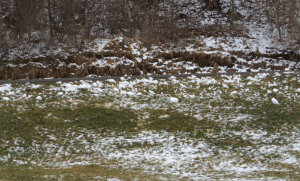 CLOUDS TOMORROW THEN CLEARING A HIGH OF 35

SATURDAY, CLOUDS BUILD A HIGH OF 46 AND CLOUDY FRIDAY NIGHT LOW OF 39

Local authorities are looking for man impersonating a police officer…Mansfield man jailed on assault charge….Covid Vaccine on its way to McKean County….More than 5 million vaccine doses administered in PA…..

Local authorities are looking for a man who’s impersonating a police officer. Shinglehouse Borough Police report, a woman told them  at around 11am Tuesday, she was walking in the area of Academy and South Street when a white male driving a small, dark blue or black sedan pulled up beside her and told her to walk on the sidewalk. Then he continued to follow her onto South Pleasant  Street and told her she also needed to be wearing a mask because it was a state law. During the communication the fake police officer told the woman he was a was a police officer. He never got out of the vehicle and drove away. He was described as being 5’ 5” to 5’9” inches tall approximately 30 years old, heavyset with dark hair, mustache wearing a  Navy sweatshirt, blue jeans and a baseball cap. The Shinglehouse Police Department is also looking to identify a white male that was seen leaving Honeoye Haven located at 215 North Union Street and around 5pm on Tuesday. He’s described as being approximately 5’9” tall in his late 20s to mid 30s, heavyset with dark hair, mustache and sunglasses He was wearing a black shirt, with “police”  on the back and the leather shoulder straps holding a walkie talkie. That person was driving a dark blue Chevy Cavalier in the early 2000 era  with Pennsylvania license plate and  possibly with a dash mounted emergency light. There is no report of any crime committed at Honeoye Haven, but police would like to speak to the man or anyone that knows who he is. Anyone with information regarding one or both of the incidents, is asked to contact Shinglehouse Borough  police at 814.697.6206 or call Coudersport may State Police at 274.8690.

Coudersport Based State  Police have arrested a driver for DUI after stopping a 2019 Chevy Cruze on East Second Street in Sweden Township last Saturday nightN information was revealed about the driver but the charges are pending in District Court.

Mansfield based State Police have arrested 54 year old Dwayne Wilcox of Mansfield on assault charges in connection to an incident allegedly taking place Tuesday evening on Mann Creek Road in Richmond Township. Authorities claim that Wilcox punched a victim several times in the face causing lacerations. Wilcox was taken into custody and was transported to  the Tioga County Prison pending arraignment.

State Police at Ridgway report, they are continuing to investigate a PFA violation in which a 42 year old Ridgway woman is described as being the victim.  The crime allegedly took place Monday night on Ecklund Ridgway Township.

Representative Martin Causer has some good news for McKean County residents. Covid vaccines are on their way to McKean County. A few days ago, the Department of Health advised no more vaccines would be sent to McKean County. But Causer says in a  Tuesday night meeting with Department of Health officials, McKean County commissioners and Sen. CrisDush, we were told the lack of vaccine here was due to a clerical error. It’s been fixed and vaccine is on the way to both Bradford Regional Medical Center and UPMC Kane.Additionally, UPMC Cole will be holding vaccine clinics this Thursday and Friday, April 1-2, at the Cole Wellness Center in Coudersport. Vaccines are available to anyone in the Commonwealth’s Phase 1A category (65 years old and up, and ages 16-64 with high-risk health conditions). Anyone who is interested can call UPMC Cole’s hotline number 814-274-5460.  “I plan to stay on top of the issue and ensure vaccine continues to be available throughout our region.”

The Pennsylvania Department of Health today confirmed as of 12:00 a.m., March 31, there were 4,557 additional positive cases of COVID-19, bringing the statewide total to 1,024,857.There are 1,980 individuals hospitalized with COVID-19. Of that number, 392 patients are in the intensive care unit with COVID-19. Most of the patients hospitalized are ages 65 or older, and most of the deaths have occurred in patients 65 or older. The trend in the 14-day moving average number of hospitalized patients per day is about 4,400 lower than it was at the peak on December 25, 2020. The current 14-day average is also below what it was at the height of the spring peak on May 3, 2020. However, the moving average of number of hospitalized patients has started to increase. Statewide percent positivity for the week of March 19 – March 25 stood at 7.6%, up from the previous week.The most accurate daily data is available on the website, with archived data also available. As of 11:59 p.m. Tuesday, March 30, there were 44 new deaths identified by the Pennsylvania death registry, reported for a total of 25,093 deaths attributed to COVID-19

According to the CDC, as of Wednesday morning, March 31, Pennsylvania has administered first doses of vaccine to 31% of its eligible population, putting it ahead of the national average.