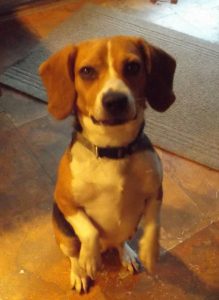 More state parks are going to the dogs. See story below

MOSTLY CLOUDY TUESDAY NIGHT, CHILLY, WITH A LOW OF 19.

WEDNESDAY PARTLY CLOUDY A HIGH OF 28.

SOME SNOW SHOWERS POSSIBLE WEDNESDAY NIGHT WITH A LOW OF 20.

A warrant has been issued for the arrest of 21 year old Ethan Vislay of Emporium.  Troopers there say that they tried to initiate a traffic stop on Route 120 in Shippen Township early last Friday morning and Vislay  failed to comply  leading troopers on a vehicle and foot pursuit. a warrant has been issued for his arrest.  Vislay  has been charged with fleeing or attempting to elude officers, resisting arrest, driving while operating privileges suspended or revoked,  reckless driving, careless driving, speeding and and failing to use turn signals. Anyone who knows of his whereabouts, is asked to call State Police at Emporium 814.486.3321. Vislay  was driving a 2014 Chevrolet Sonic.

State Police at Lewis Run are investigating the theft of a motor vehicle occurring this past weekend on East Water Street in Smethport Borough.  A 2005 GMC Envoy was taken from a residence by an unknown thief Saturday or Sunday.  Troopers are requesting a “Be on the Lookout” for the vehicle which bears Pennsylvania registration. lf 8617 if observed, you’re asked to call the Lewis Run barracks at 814-368-9230.

Coudersport base State Police report, a teenage  Austin driver suffered minor injuries in a one vehicle crash occurring Saturday evening on Route 607 In Keating Township.  The 17 year old girl was driving a Chrysler 200 attempting to make a slight left curve in the highway  when due to speeding she lost control of the vehicle, which went off the road on the east side and travelled into a ditch.  The car  continued to travel until colliding with a rock on an embankment. After impact the sedan rolled counterclockwise onto its roof when it came to rest. It was disabled and had to be towed from the scene. The driver was using a seatbelt and sustained minor injuries but  refused  transport to UPMC Cole.

State Police at Ridgway say both drivers escaped injury in a collision occurring Friday morning just before seven o’clock on the Pittsburgh/ Buffalo Road in Horton Township. According to troopers the collision occurred when Timothy Elias of Ridgway was traveling south on Route 219 passing another vehicle traveling in the same direction . Elias did not complete the pass and  his Chevy Aveo sideswiped a Saturn Ion driven by Damien Bottomley of Allegany, NY The Elias car continued rolling over several times before stopping.

Minor injuries were reported for a Kenmore New York man whose vehicle struck a tractor trailer on Route 14 in Tioga  in Tioga County last Thursday morning. According to state police Tyler Jensen  was trying to pass the rig driven by by Jason Miller of Rome, New York when the front right corner of the Subaru Impreza’s  front wheel  went under the tractor trailer’s flatbed trailer and collided with the left side landing gear. The car continued across the left lane and traveled about 200 feet on the snow covered median  before colliding with center guardrail cables where it came to rest . The tractor trailer driver was able to bring the semi to a controlled stop.

Beginning with the 2022 camping season, new campsites will allow camping with pets at these state parks:

Since its inception as a pilot program in 2001, with nine state parks participating, “Pet Camping” has expanded to include all parks that offer camping. An exception is Cherry Springs State Park, Potter County.

DCNR officials stress pet owners at all designated sites must comply with many program regulations.

They govern leashing; barking and other noise; maximum number of pets allowed (two, when the size of a cat or larger); aggressive behavior; proper cleanup and disposal of feces; valid licensing when required; and needed vaccinations.

Violations could require campers to remove their animals from park grounds.

Park officials will be empowered to determine whether animals meet the definitions of “pet” (commonly kept in household captivity) and “caged pets” (will not be released from their cage while at the park). Livestock are not considered pets.

Payable at time of reservation, fees will cover added maintenance and program costs at participating parks.

More information on reservations and other state park details can be obtained by telephoning 1-888-PA-PARKS.

The Pennsylvania Department of Health today confirmed as of 12:00 a.m., February 13, there were 4,088 additional positive cases of COVID-19, bringing the statewide total to 892,344. Here in the Black Forest Broadcasting Service Area McKean County has 2232 confirmed cases; Tioga County 2125; Elk 1206; Potter 788 and Cameron 169.  Across the border in New York State Cattaraugus County has 4161 and Allegany County 2775.

The trend in the 14-day moving average number of hospitalized patients per day has increased by nearly 2,600 since the end of September.

Statewide percent positivity for the week of February 5 – February 11 stood at 8.0%.

As of 11:59 p.m. Friday, February 12, there were 113 new deaths identified by the Pennsylvania death registry, reported for a total of 23,072 deaths attributed to COVID-19. County-specific information and a statewide map are available on the COVID-19 Data Dashboard.

A total of 318,450 doses will have been allocated through February 13:

175,175 first doses will have been allocated this week.

143,275 second doses will have been allocated this week.

Mask-wearing is required in all Pennsylvania businesses,  whenever leaving home and while outdoors when social distancing is not possible, even if fully vaccinated. Experts continue to say onsistent mask-wearing is critical to preventing the spread of COVID-19.

There are 3,757,904 individuals who have tested negative to date.

In licensed nursing and personal care homes, there are 65,387 resident cases of COVID-19, and 12,680 cases among employees, for a total of 78,067 at 1,555 distinct facilities in all 67 counties. Out of total deaths 12,000 have occurred in residents from nursing or personal care facilities.

Approximately 24,157 of the total cases are among health care workers.

All of the locations that received vaccine and how much they have received can be found on the COVID-19 Vaccine Distribution webpage.

Vaccine dashboard data can also be found on the website to find more information on the doses administered and showcase demographic information.